In Sweden, theft of certain components continues to be high. The thefts in September 2017 was the highest since we started monitor these kind of thefts. BMW is the make most targeted but BMW are working on it and several solutions are already in use and more is to come. 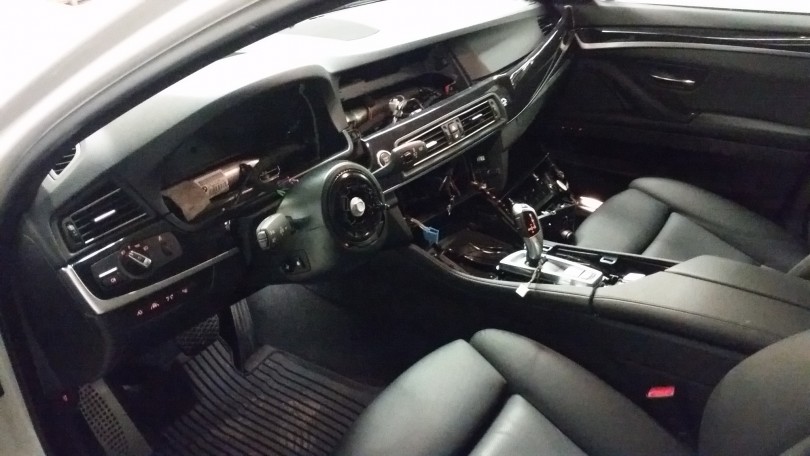 Stealing car parts continues to be attractive business for thieves. Swedish industry organization Larmtjänst follows the development on three selected components - steering wheel / airbags, navigation units and headlights (xenon). Between January 1st and September 30th, 2,874 theft cases of these types of car parts occurred and the damage costs amounted to SEK 166 million. In the county of Skåne, the theft has more than doubled compared with previous year shows the latest statistics from Larmtjänst.

The trend of increased car parts thefts in Sweden remains unchanged. Following the dramatic increase in spring 2016, a certain decrease in theft occurred when police intensified their efforts against international theft leagues. Now, recent statistics show that these groups has recovered. During the first nine months of the year, 2,874 theft occurred on navigation devices, airbags and headlights (xenon). This can be compared with the same period in 2016 when there were 2,421 theft cases of corresponding.

-      "The dramatic increase in car parts thefts recent months is very worrying" says investigator Torbjörn Serrander at Larmtjänst. “The fact that theft leagues have quickly rebuilt their operations shows that long-term and sustained measures are needed to address the problem.”

For the three selected components, airbags, xenon lights and navigation units, the claims costs for the period amount to just over SEK 166 million. An increase of over eight percent compared to the same period last year.

Stockholm County had 1,522 thefts during the first three quarters, which is an increase of just over 12 percent compared with 2016.

The biggest increase occurred in Skåne County, where car parts thefts was more than doubled with, 587 cases registered compared with 270 cases for same period 2016.

-      "Skåne has been hit hard in this, especially recent months. It shows that the international theft leagues quickly adapt to new conditions and can operate throughout the whole country" says Torbjörn Serrander.

Another county with negative development is Halland with 78 theft cases, an increase of 13 percent. Happily, the thefts decreased by 40 per cent in the County of Västra Götaland, where 288 car thefts occurred during the period, compared to 478 thefts during the same period last year.

BMW is still the most affected manufacturer with 60 percent of the total robberies. For BMW cars, it's mainly steering wheel / airbags and navigation systems that is stolen. During the period, theft of VW car parts increased by 120 percent to 192 thefts. It is primarily navigational systems thefts from VW cars. The volumes from Volvo cars dropped by 30 percent to 140. At Volvo, it’s mainly the headlights that attracts the thieves. 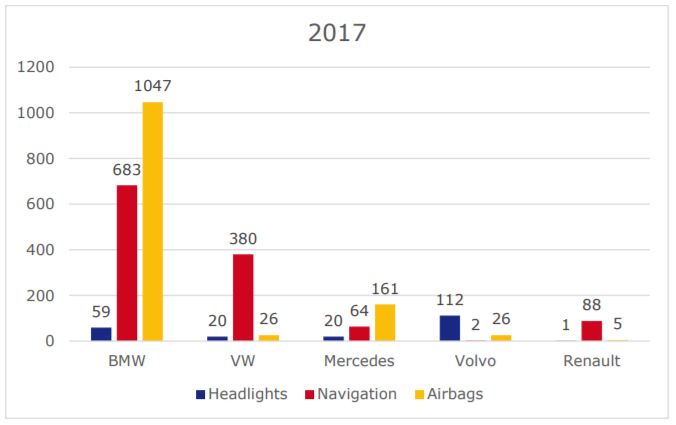 Larmtjänst service is an industry association for Swedish non-life insurance companies with the purpose of combating insurance-related crime and recovering stolen insured property.