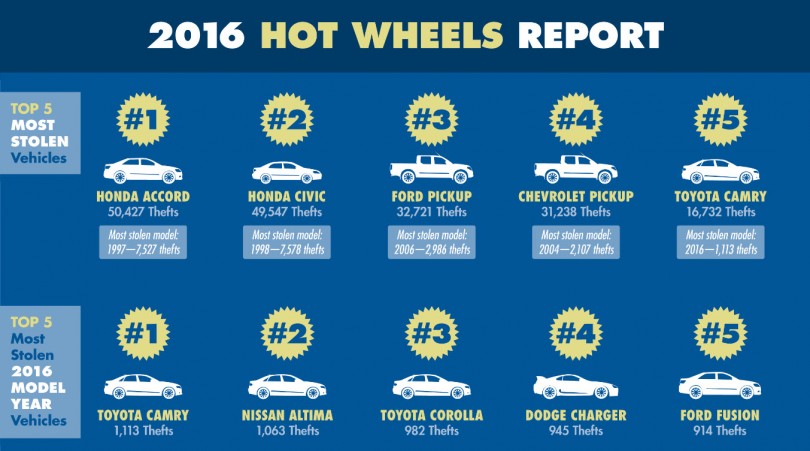 The National Insurance Crime Bureau (NICB) today released its annual Hot Wheels report which identifies the 10 most stolen vehicles in the United States. The report examines vehicle theft data submitted by law enforcement to the National Crime Information Center (NCIC) and determines the vehicle make, model and model year most reported stolen in 2016. Included with today’s release is a list of the top 25 2016 vehicle makes and models that were reported stolen in calendar year 2016.

While Honda Accords and Civics dominate this annual list, they are older, pre-“smart key” production models. Since the introduction of smart keys and other anti-theft technology, Honda thefts have fallen precipitously. As the list of top 25 most stolen 2016 model year vehicles shows, there were only 493 thefts of Accords last year.

Technology is working, but complacency can defeat it. While thefts are down dramatically since their all-time high in 1992, thousands of vehicles continue to be stolen each year because owners leave their keys or fobs in the vehicles and that invites theft.