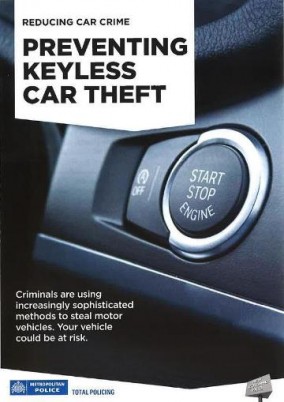 Car theft across south east London and north Kent is rapidly rising due to organised criminals targeting keyless vehicles. Last year saw an eight per cent rise in vehicle theft across London, with more than 6,000 cars and vans stolen without the owners' keys.

192 keyless cars were stolen in Greenwich, which was the highest amount in south London. The majority of the thefts appear to be the result of criminals using key-programming devices to create duplicate keys for vehicles.

In response, Metropolitan Police have launched Operation Endeavour, urging drivers to "protect their vehicle like they would their home".