London’s most wanted! Met Police plastering their mugshots onto vans

Britain's biggest police force are targeting dozens of wanted suspects by driving around London for a week - with their mugshots plastered on police vans.

The 'targeted week of action' by the Met Police will include an appeal to the public for any information regarding unsolved crimes in London.

Officers have put up 38 mugshots of wanted men and women on the sides of two police vans that will be driven around the capital all week.

Under 'Operation Venice', police are hunting suspected street robbers, burglars and others said to be linked to moped-enabled crimes.

They are aged between 18 to 58 and are wanted for offences including vehicle theft and burglary. 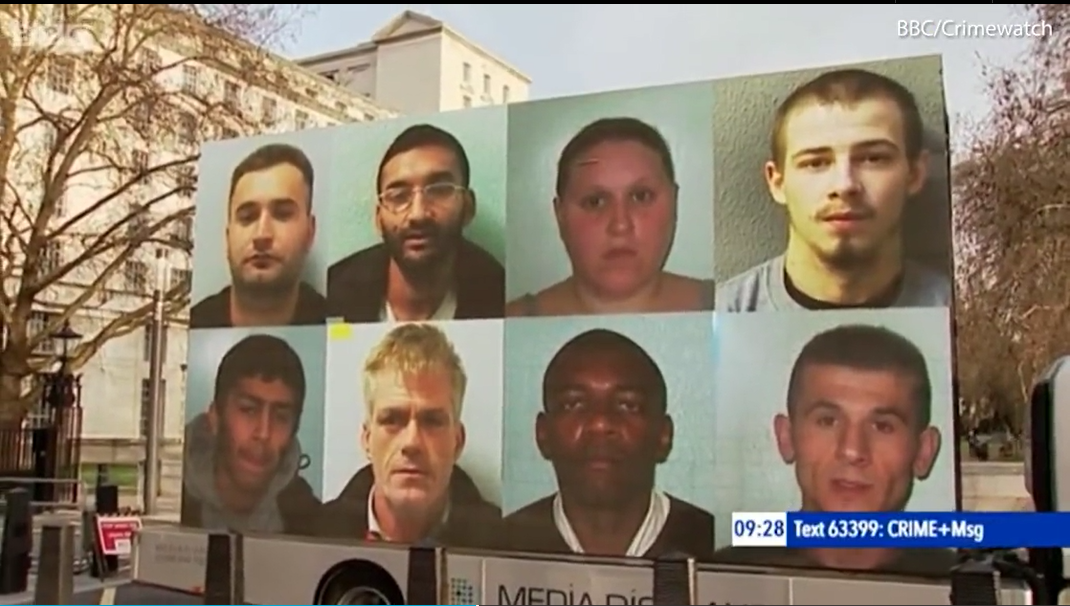 One suspect, Derrick Roye, 47, is wanted in connection with a burglary in which a garage door on Seymour Road, SW19, was forced open and an expensive bicycle was stolen. He was said to have left his own bike behind at the scene.

Another, Enrico Martin, 18, is wanted for failing to appear in relation to a series of linked knifepoint robberies in 2017.

Chief Inspector Jim Corbett, from Operation Venice, said: 'These offenders have callously robbed, stolen or burgled from communities, commuters and tourists within London, often using violence and weapons, for their own financial gain.

'We are relentlessly pursuing violent offenders and bringing them to justice, but we need the help of the public as well. Somebody somewhere knows something about these criminals and I urge people to pass any information to us as soon as possible.