Home » News » Hijacking On The Rise in…

Hijacking On The Rise in South Africa 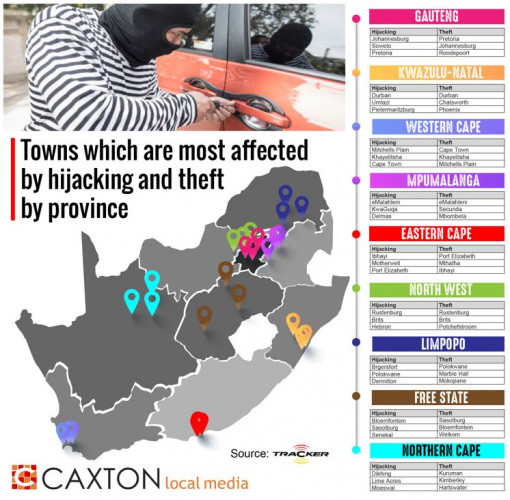 Tracker’s vehicle crime statistics for July 2019 to July 2020 shows that hijacking is on the rise and stayed prevalent during lockdown despite a significant drop in vehicle crime.  Tracker’s recorded statistics indicate that before lockdown commenced vehicle crime activities rose by 11% nationally.

Hijacking was the most prominent activity on the list with an increase of 21% while vehicle theft remained on the same level as last year averaging a 56/44 split. Before lockdown, it was a 50/50 split between the two crimes.

According to the data released, the trend of when and what time a hijacking is reported has changed. It now shows that it is prevalent from Tuesday to Saturday from 11 am to midnight with only slightly less activity on Sundays and Mondays. Vehicle theft, on the other hand, is mainly reported on the weekends and during lunchtime.

Tracker warns that hostage-taking is still very much a daily occurrence and a big concern; it has also noted an increase in vehicles being targeted for their loads they are transporting such as food items, fast-moving consumables, etc.

Tracker advises the public to be vigilant as they have also noticed people getting robbed of their valuables and money. According to Tracker, the provinces most affected remain similar to the year before namely Gauteng that is experiencing the most vehicle crime, however, Johannesburg is where most hijackings take place.

A close second is in KwaZulu-Natal where Durban is where hijackings occur. Thereafter follows Western Cape where hijacking is more prominent in Mitchells Plain.

Tracker declares eMalahleni in Mpumalanga, Ibhayi in the Eastern Cape, Rustenburg in the North West, Burgersfort in Limpopo, Bloemfontein in the Free State and Dikhing in the Northern Cape as hijacking hotspots.

“With the latest statistics indicating that hijacking can happen on any day of the week and at any time, it is clear that criminals are taking advantage of opportunistic situations and it is therefore imperative to always remain vigilant.