This award was created in 1993 as a joint venture between the LoJack Corporation and IAATI. The award intention was to honor law enforcement officers whose efforts, in conjunction with the use of any electronic tracking device, make the most significant impact on the recovery(s) of stolen vehicle(s). The award was discontinued after the 2005 Seminar, Beginning in 2006; the LoJack/IAATI Award will be switched from one award at the International level to several awards at the branch/chapter level. The award will be given out at regional seminars as of May 2006. 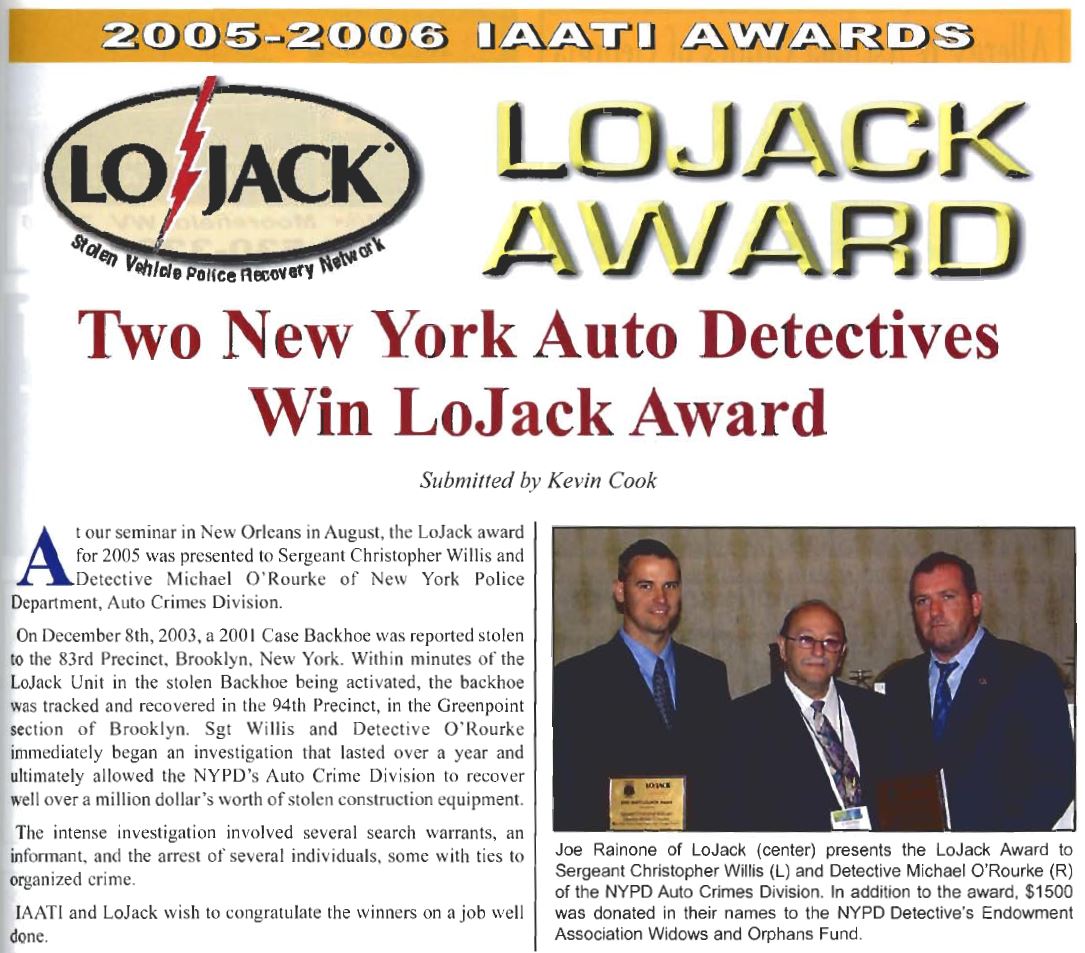 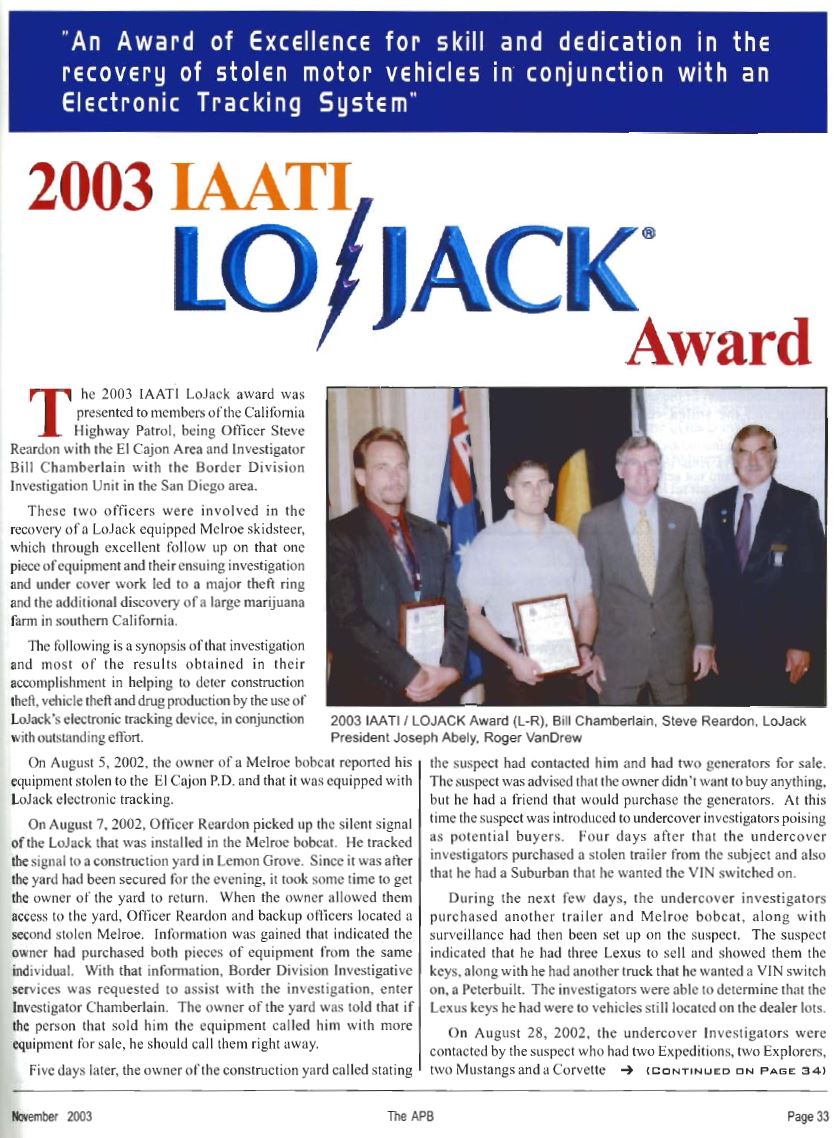 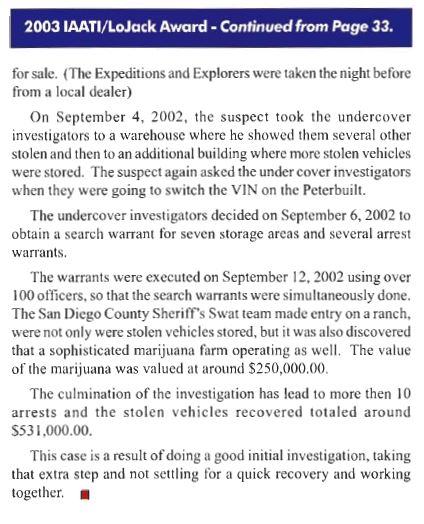 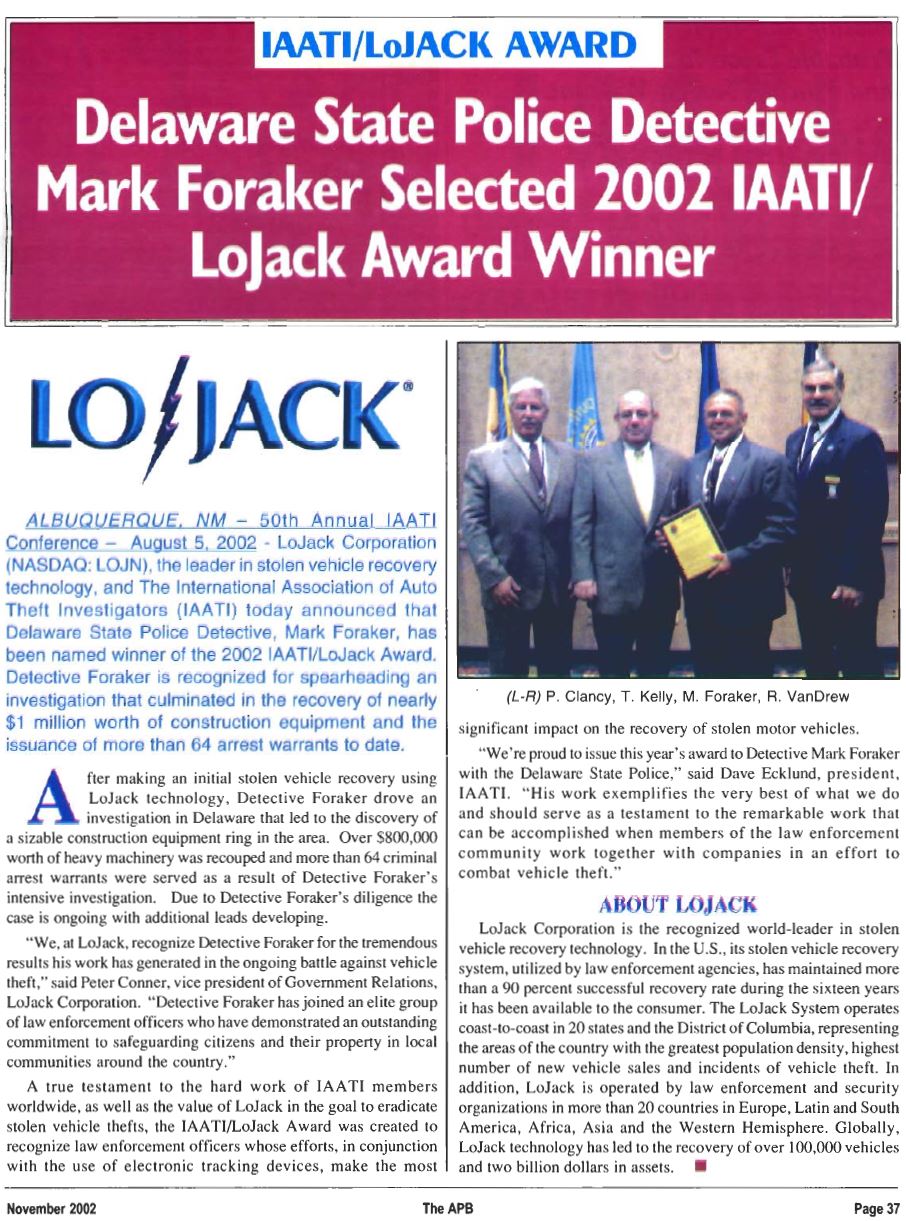 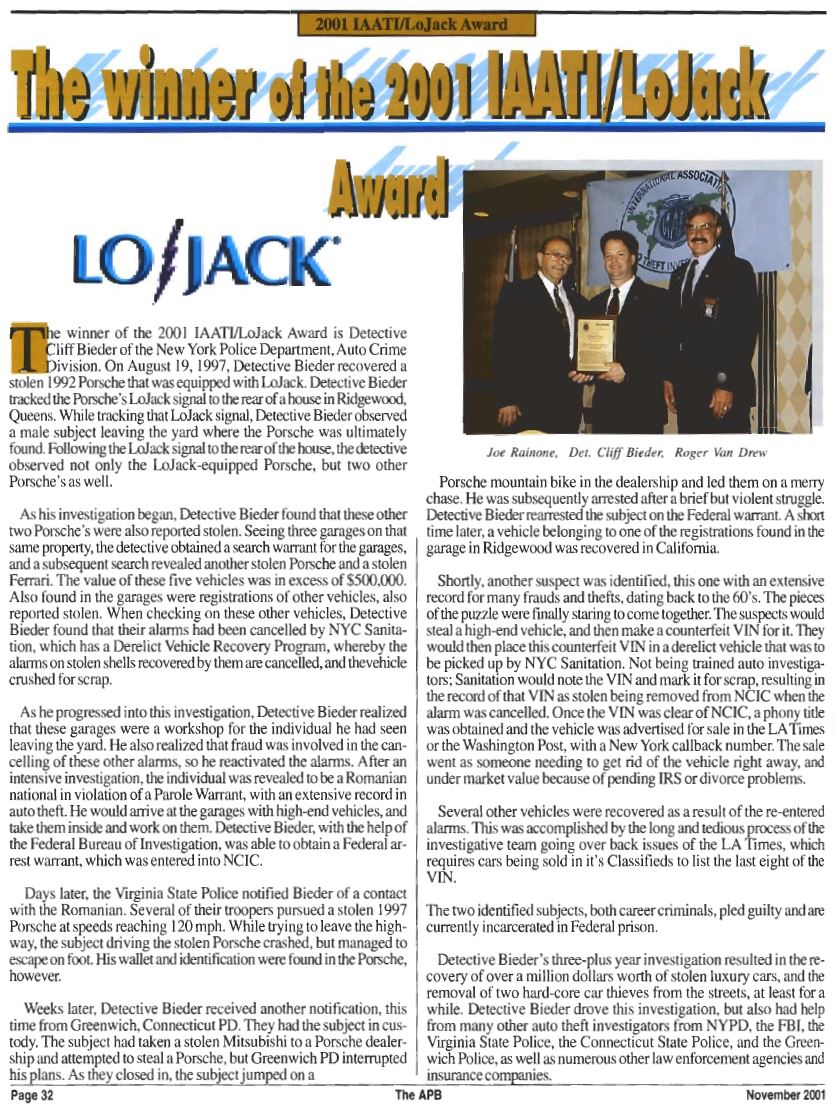 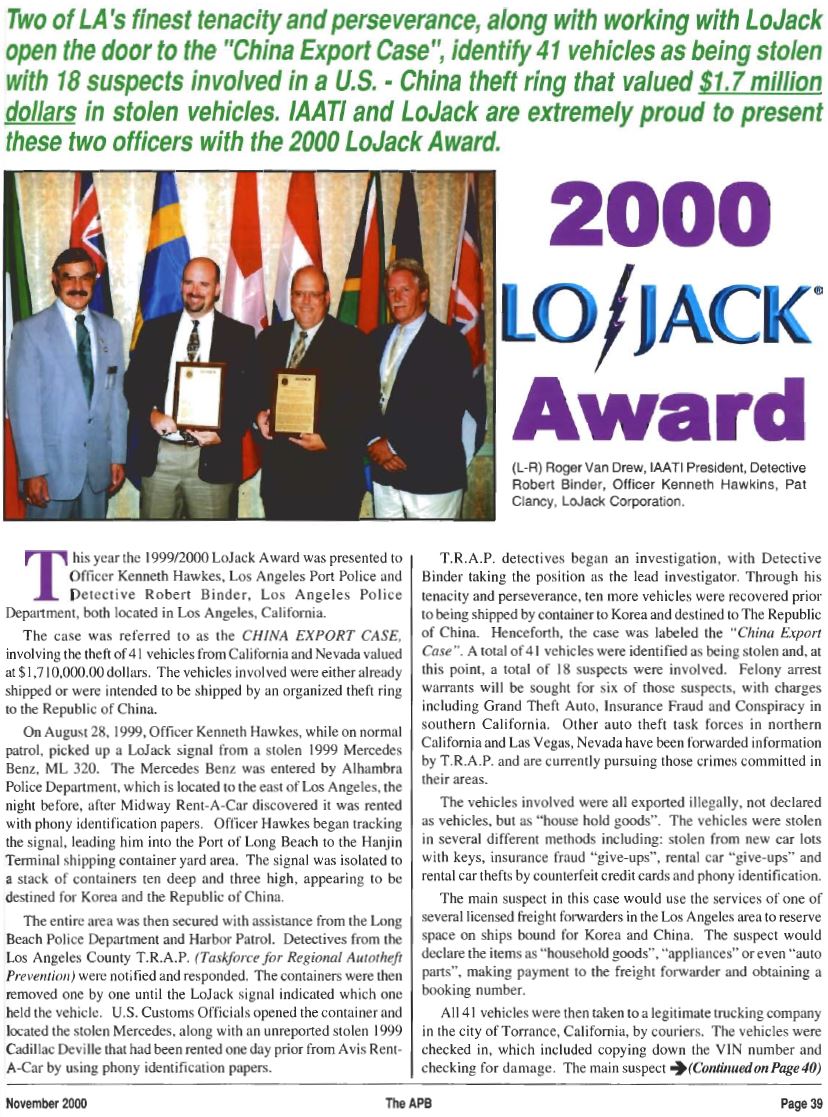 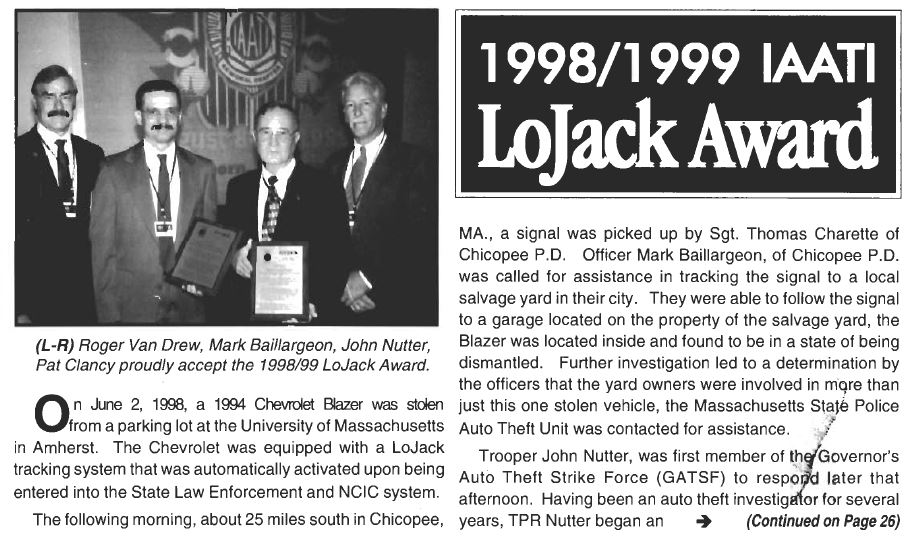 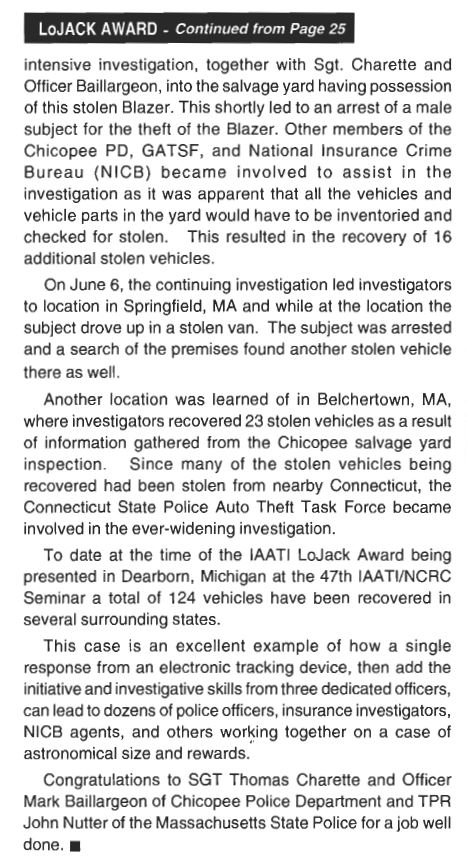 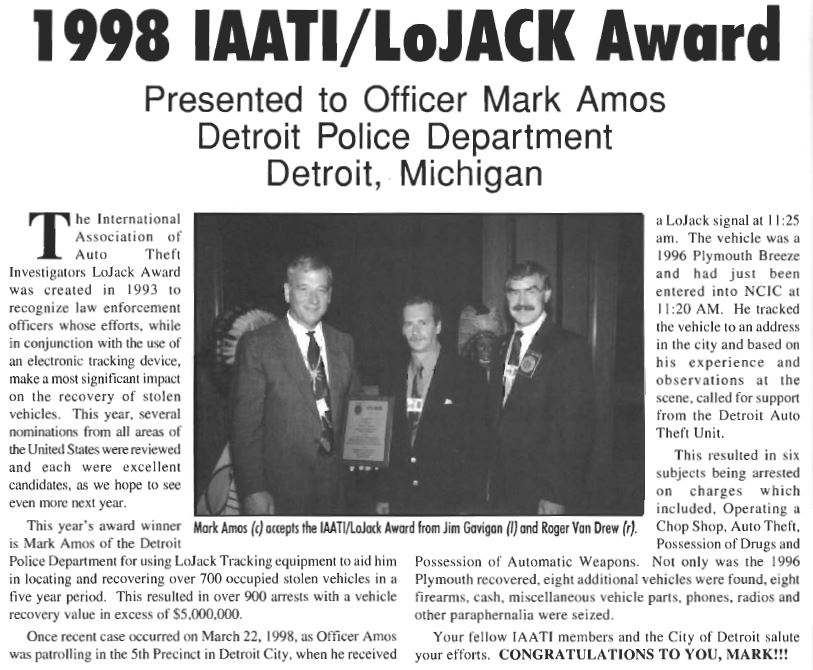 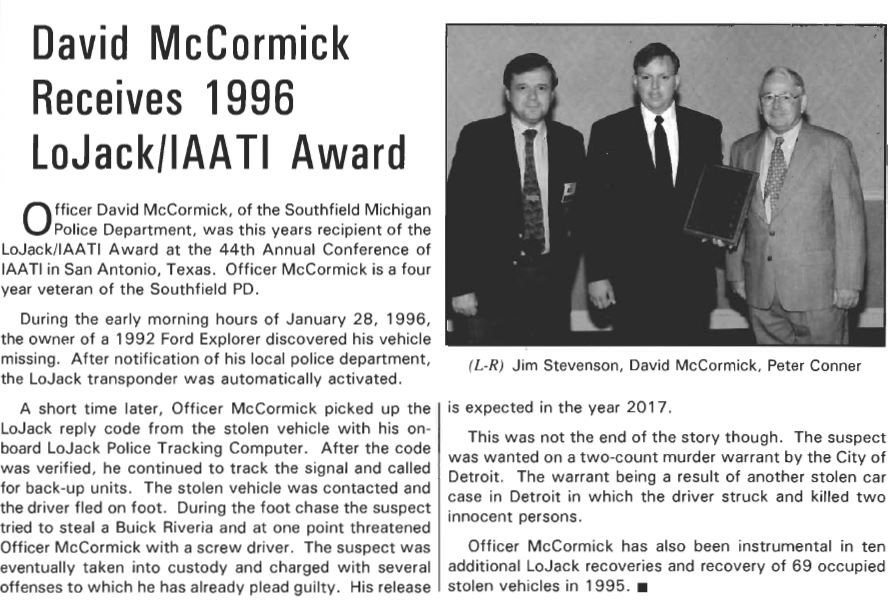 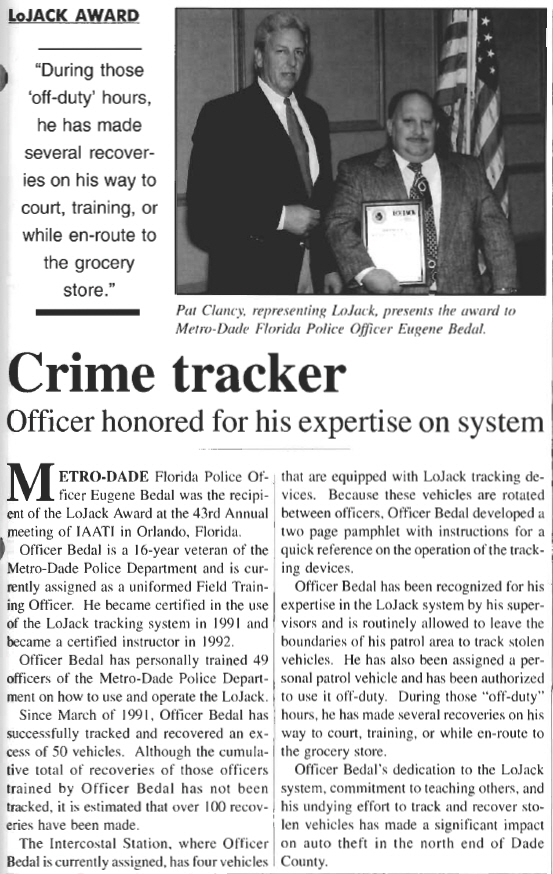