All nominations should be sent to: Executive Director PO Box 223, Clinton, NY 13323-0223 or .(JavaScript must be enabled to view this email address)

This award was created in 1985. It is intended to honor any members who have distinguished themselves by giving extraordinary service to IAATI. 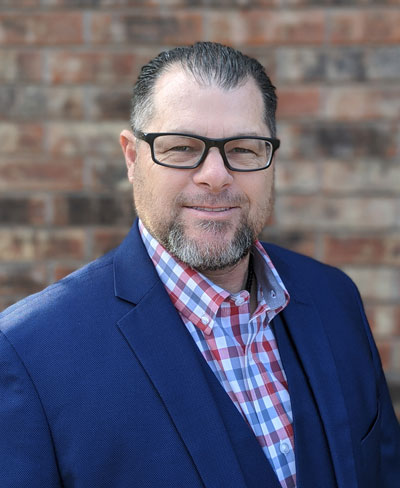 Todd Wolf was nominated for the 2020 Directors Award because of his contribution to IAATI as Chair of the Education, Training and Certification Committee and for his work with the Auto Finance Committee.

Over the last two years Todd has chaired the Education, Training and Certification Committee. In this role he was tasked with overseeing the rewriting of IAATI’s Certification Program.

Todd took over the role with vigor and has completely rewritten all the chapters in the reference material, written new chapters, revised and re-written the exam questions, reviewed all the applications forms and criteria for qualification and oversaw the development of a new modernized certificate.

While he did receive some assistant form a small number of his committee members, the vast majority of the work was completed by Todd. He was the driving force behind this project, motivating his colleagues and ensuring the work maintain high standards.

Just revising the content of the certification was not enough for Todd. He wanted to develop the program further. He explored working with NICTA so the Certification Program Educational material and exam can be hosted online on the NICTA platform. He further negotiated a partnership with NICTA whereby for a reduced subscription, IAATI would promote NCTA to our members. For IAATI members, the benefits of using the NICTA platform is that it opens up the opportunity to undertake a range of additional online training already on the NICTA platform.

As indicated, the use of NICTA platform to host our certification, while offering many benefits, also incurs an extra expense for IAATI. To overcome this expense and to ensure that we have the necessary funding in the long term and also have something we can continue to regularly update and further develop the certification program, Todd has worked closely with the ATPA Committee to secure significant funding for the this initiative.

The Certification program is not the only thing that Todd has worked on. He has started work on preparing a Webinar program and has also been active as chair of the Auto Finance Committee. He has negotiated a Partnership Agreement between IAATI and the International Association of Financial Crime Investigators (IAFCI) to work more closely with each other, including promoting both Associations to our members, encouraging the sharing of articles, speakers etc. This Partnership agreement was recently approved by the IAATI Executive Board and will be officially signed by both Presidents shortly.

As an example of this partnership with IAFCI, Todd has drafted a Best Practice Worksheet and Checklist for Auto Dealers to reduce their risk of Finance Fraud, particularly during COVID-19 when there is less face-to-face interaction with buyers. These documents were jointly branded with both Association’s logos and distributed by both Associations. Again this was 100% Todd’s initiative and his work.

Todd deserves tremendous credit for what he has achieved. He has clearly demonstrated the leadership skills, persistence and willingness to put in many hours of hard work to help IAATI and it members. He is an extremely deserving recipient of the Directors Award. We thank him and congratulate him on this award. 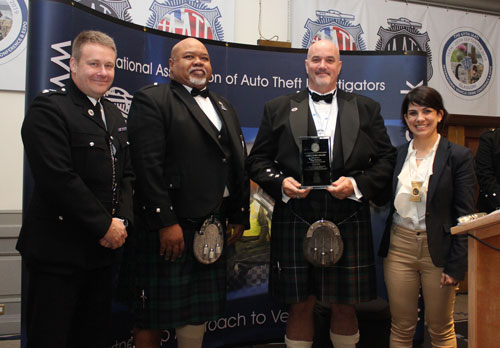 The 2019 recipient of the Directors’ Award has always demonstrated exceptional dedication, a positive attitude and leadership attributes, among many others. He actively emulates the highest standards of leadership while performing his diverse duties as chair of different Committees. He has continuously demonstrated exceptional loyalty and dedication to the mission of IAATI, providing organizational direction, deliberation, problem identification and resolution according to the highest professional standards, and not only when he is in a leader role, but also as a team member.

As an active member on IAATI’s Board, he consistently demonstrates the moral courage to speak up when he observes emerging issues and concerns, even when he knows his position may stir debate or disagreement. His personal moral/ethical compass is fully synchronized with that of IAATI, motivating his colleagues to follow suit. His selfless work ethic and impeccable conduct reflect favorably upon IAATI, the Board and other Directors, evoking admiration and respect by his colleagues and fellow IAATI members.

The recipient of the 2018 Directors Award has been involved in Auto Crime Investigation and prevention for many years, both on the international level and in his home state. The recipient is also the Executive Director for his home state’s Auto Theft Prevention Authority and a member of the IAATI ATPA Committee. His tireless and professional efforts have played a major role in the success of the ATPA Committee. For these reasons, the Directors’ Award is presented to Robert Force of the Colorado ATPA. 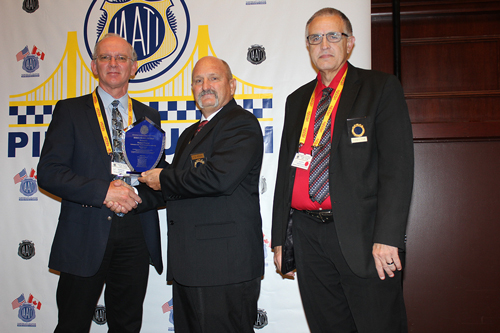 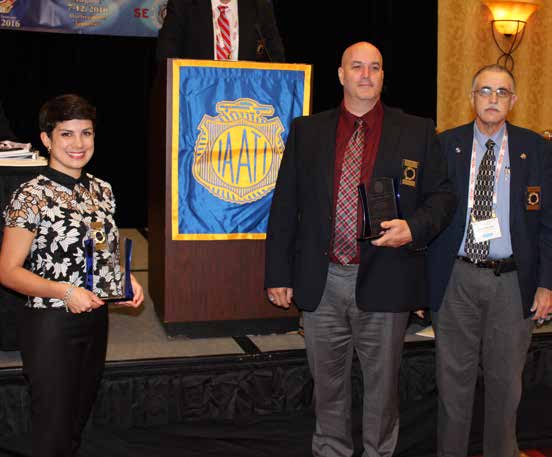 The IAATI Directors Award is given each year to a person who is dedicated to IAATI and its mission.

This year, the award was given to IAATI and SCRC Past President Tommy Hansen for his dedication over the past 30 years to the service, promotion and representation of IAATI both at chapter and international levels. He continues to work tirelessly in promoting IAATI in the law enforcement domain.

He has been a wise counsel in board matters that required knowledge of the history and protocols of this great organization and his chapter. He is a great mentor to members seeking appointment to board positions at international, chapter and branch levels. He is also an advocate for the Auto, Burglary and Theft Prevention Authority in his home state of Texas. 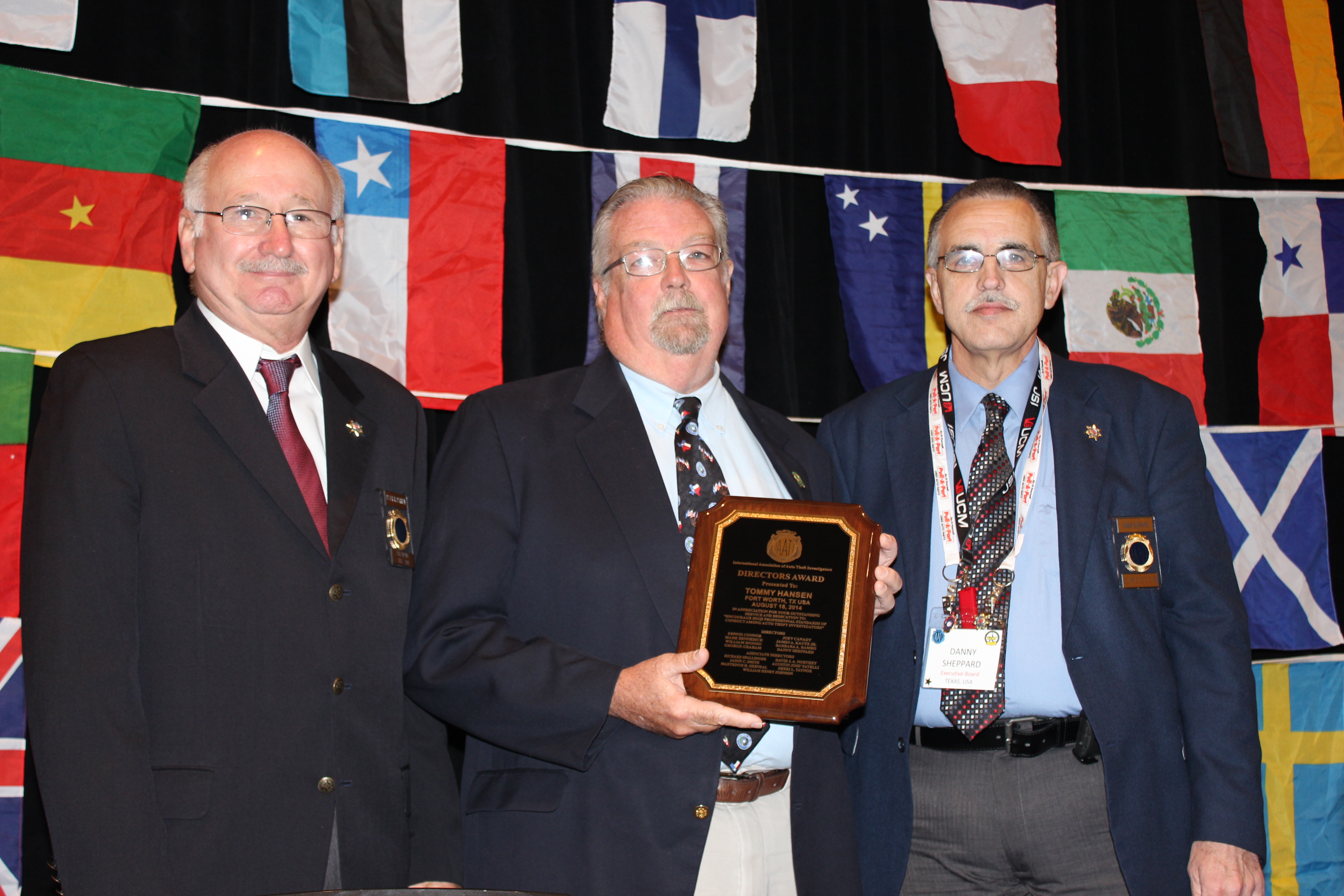 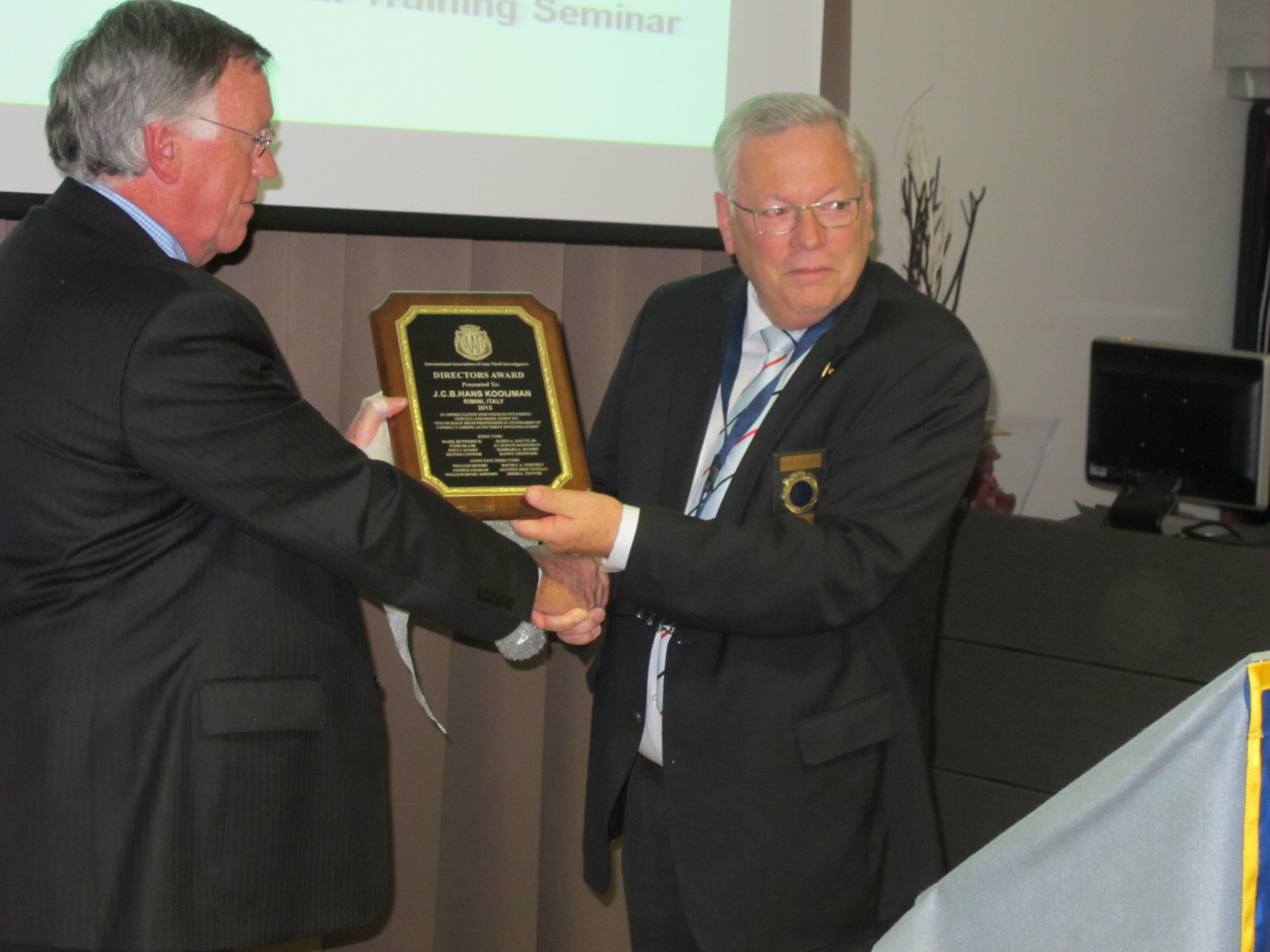 Each year, IAATI Directors put their minds together to honor someone what has shown a high level of commitment, dedication and professionalism to IAATI. This year, they honored Brian Salata of Arizona. 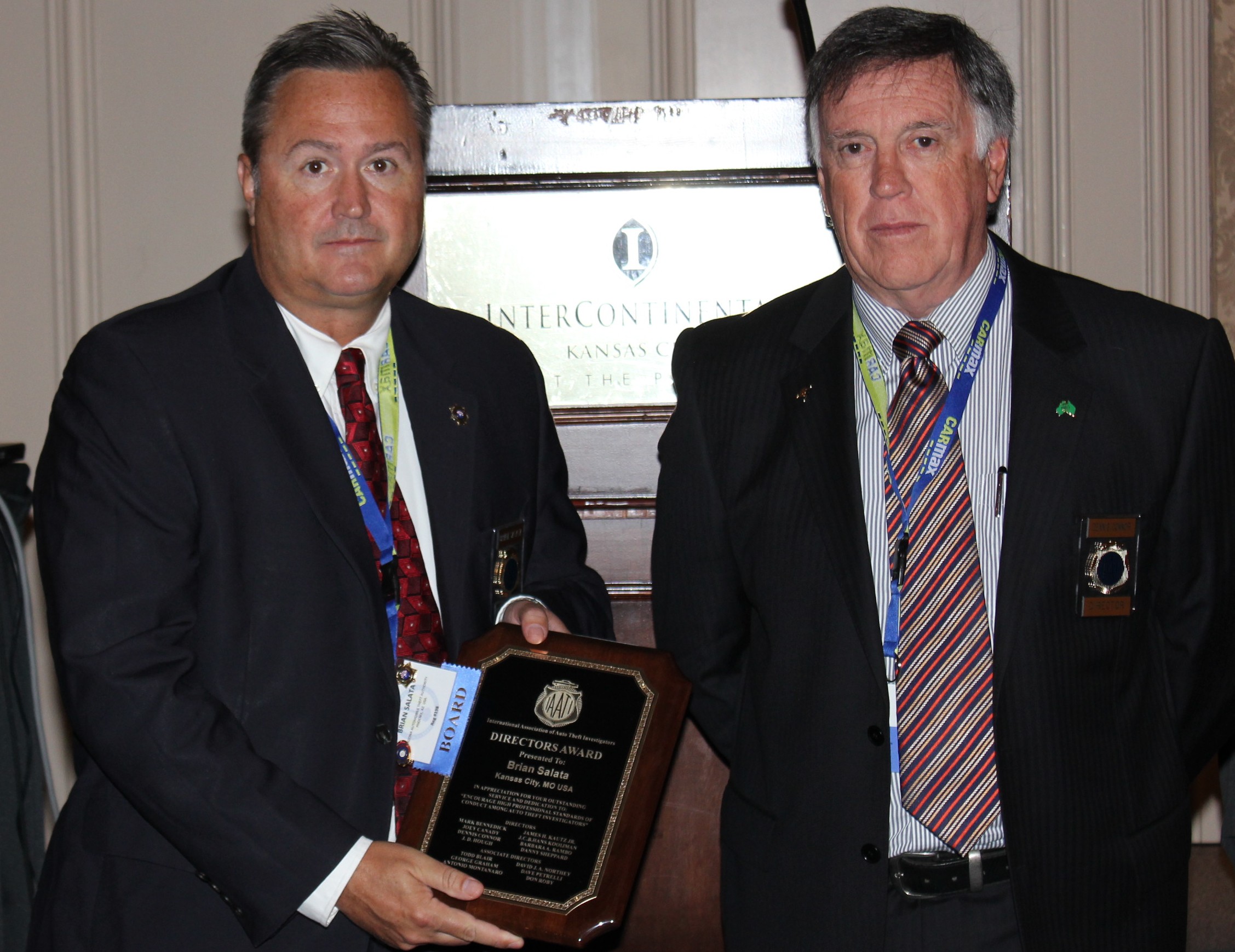 Brian Salata has been an IAATI member for over 10 years. He was appointed as the IAATI Legal Advisor in 2004 at the IAATI Seminar in Antwerp, Belgium and he continues to act in that capacity.

Brian provides the President and the Executive Board with professional advice on all matters relating to legal and contractual issues ensuring that IAATI is not exposed to litigation. He also acts as parliamentarian at IAATI Board meetings

Professionally, Brian was a Prosecutor for the Pinal Country (Arizona) Attorney’s Office and following retirement, he went into private practice. In 2009 he was named the Executive Director of the Arizona Auto Automobile Prevention Authority a position he currently holds.

Brian was the Chairperson of the “Mexico/South America Development”. His hard work came to fruition at our conference in Kansas City when the IAATI membership voted to grant “Branch” status to the group from Latin America.

Brian recently attended a seminar in Argentina where he provided a PowerPoint presentation in Spanish, to enhance seminar communications he is in the process of changing the IAATI Kiosk language to Spanish so that it will be understood by the majority of the attendees at future seminars.

Brian continues to assist IAATI members, his chapter and the Executive Board with legal and professional advice.

Brian is a great ambassador for IAATI and gracious host to members who have travelled from overseas to attend IAATI training seminars.

Brian’s commitment to IAATI is evident in his comments to the Executive Board, as quoted, “It continues to be my honour to serve in the capacity of Legal Advisor”. 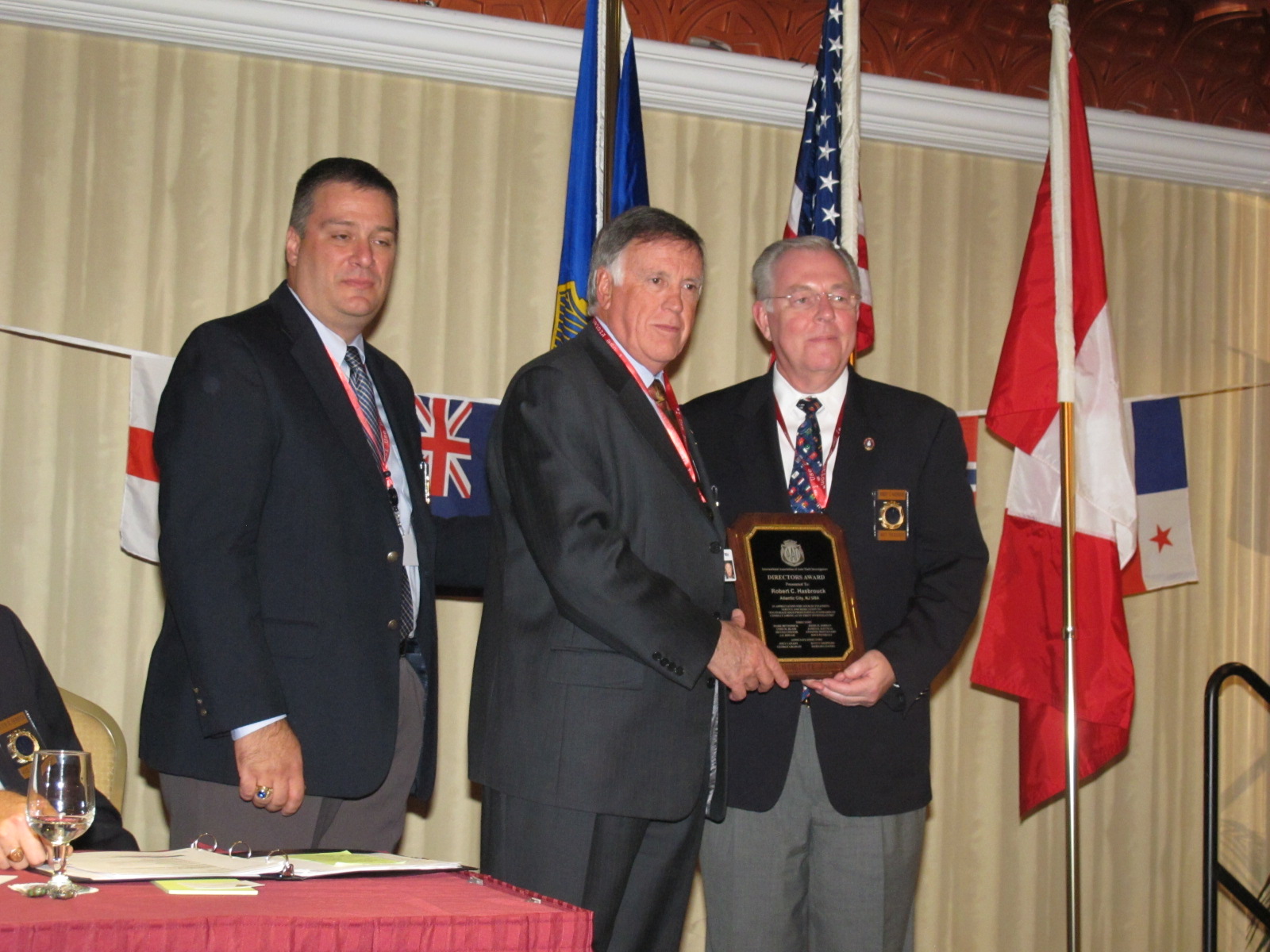 The words that come to mind when you think about or speak of Bob Hasbrouck are: dedicated, devoted and mentor.

Bob has not only given many years to the organization at both the International and Chapter level, but serves as a mentor to new members and new Board members.

Bob has a wisdom about him and a fair and balanced way of uniting people whether on a committee or in discussions at meetings. Bob was also instrumental in aiding membership when the time came for new Chapter members to automatically become members of International.

Bob has served as President of the Northeast Chapter from 1991 to 1992. In addition to moving through the Chairs at the Chapter level, Bob continues to actively attend and participate in all meetings, guides new Board members, and has served willingly on numerous committees and continues to do so, well into his so-called retirement.

In this capacity, he mentors new members and new Board members as the voice of wisdom and reason. At the International level, Bob served as President from 1998 to 1999 through his election in Tulsa, Oklahoma. Bob has also served IAATI as its Treasurer beginning in 1991 through 1998, and again from 2003 to the present date. Serving as Treasurer is a tremendous responsibility.

Bob has also served IAATI on numerous other committees whenever needed and continues to dedicate himself to our organization. It is Bob’s personal demeanor and guiding ways that make him such a tremendous asset to the organization as he patiently accepts his duties and responsibilities.

He always serves to the best of his abilities and sets an example for the rest of the Board and membership. 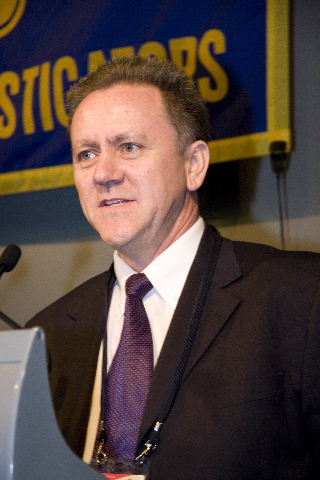 In recognition of his years of service to IAATI and to the Southern African Branch, Tinus Odendal was honoured at our Orlando seminar with the Directors’ Award. A familiar face at most of our seminars, Tinus was unfortunately not able to attend. Accepting on his behalf was Gerald Davis, 2nd VP of his branch.

The award also took into consideration Tinus’ dedication to the vehicle theft investigation as a member of the South Africa Police Service. Tinus served with the SAPS from 1977 to 1997. Tinus’ rose
to the rank of Superintendent and during his distinguished career he served in varied investigative units with significant focus on motor vehicle theft and associated vehicle crime. Tinus retired from the SAPS 1998 and then went to work for Tracker.

Now after 12 years with Tracker, Tinus is moving on to other endeavours but hopes to remain active in IAATI as well with SAPS Reservists where he holds the rank of Colonel. 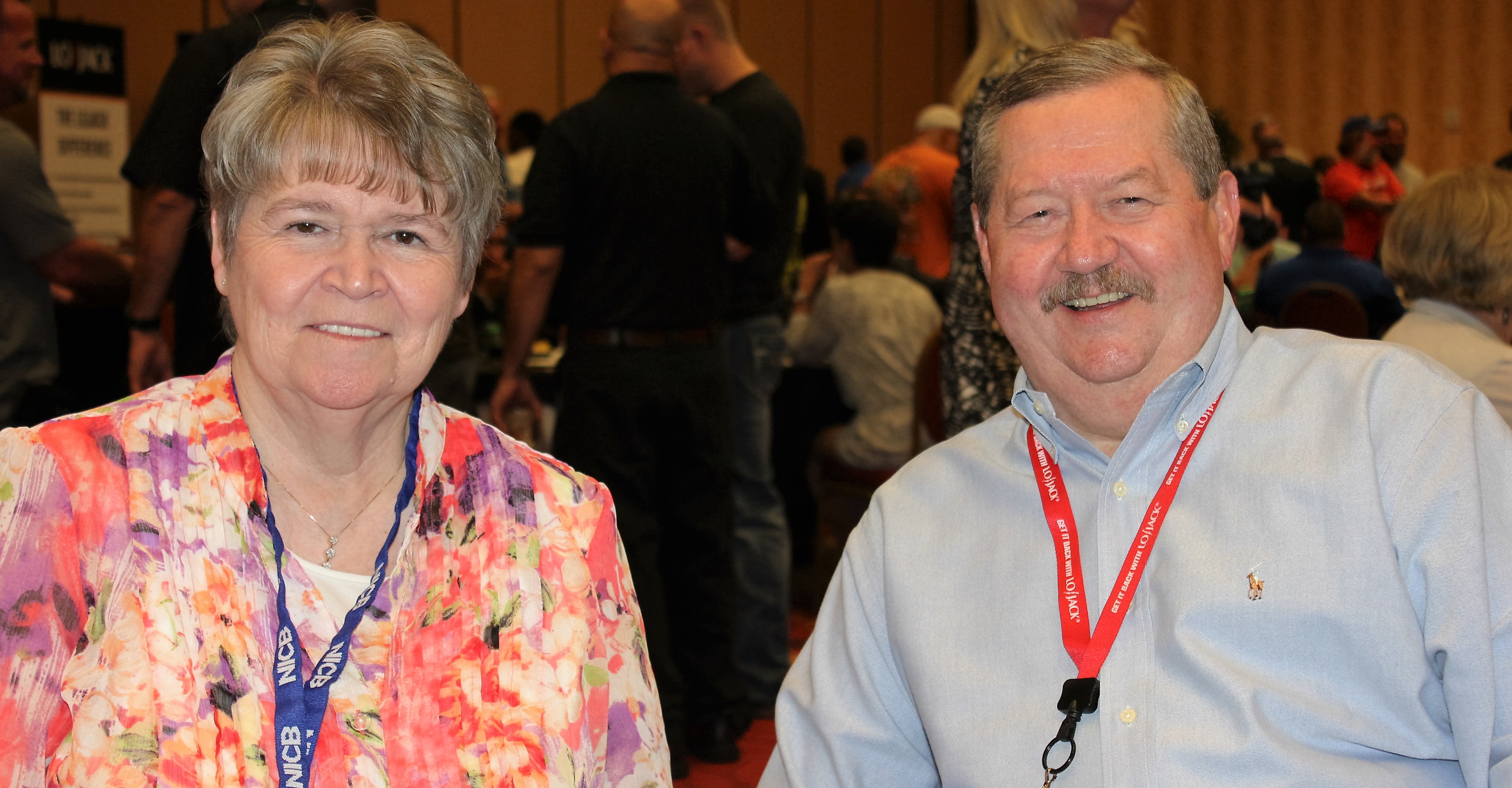 This Award was created in 1985 to honor members who have distinguished themselves by giving extraordinary service to IAATI. This year’s award was given to Pat and Jimmy Hester as joint recipients.

Jimmy Hester had an outstanding 33 year law enforcement career. He started as a Deputy Sheriff, then progressed to Detective, Sergeant, Lieutenant, and then Chief of Detectives. In 1985 he joined the Tennessee Highway Patrol as a Special Agent in the Criminal Investigations Division where he was later promoted to Special Agent in Charge. For 25 plus years, his main focus has been in vehicle identification and stolen vehicle recovery.

He is a past President of the Southeast Chapter of IAATI as well as an instructor at the Tennessee Law Enforcement Training Academy and the National Forensic Academy. Jimmy has authored and coauthored manuals currently being used by investigators throughout the Country on Interview and Interrogation, Cargo Vehicle, and Vehicle Identification. He also wrote and lobbied for the Tennessee Chop Shop Law which was enacted in 2000 along with several other laws.

After Jimmy retired from the Tennessee Highway Patrol, CID, in Nashville he began working with the LoJack Corporation as the law enforcement Liaison. Jimmy is married to Pat Mitchell Hester.

Pat also had a distinguished law enforcement career. She retired in April from the Tennessee Highway Patrol-CID after 33 years with the State of Tennessee, 30 as an agent with the Highway Patrol Criminal Investigations Division. She also retired as Special Agent in Charge.

Pat served as the first female President of IAATI from 1990 to 1991, Past President of the Southeast chapter from 1989 to 1990, and currently serves as the Secretary of the Southeast chapter. She continues to instruct at various seminars and institutes, including, but not limited to, the National Forensic Academy and the Chattanooga Police Department.

Jimmy and Pat live in Hermitage, Tennessee and have three children and seven grandchildren.

Both have been and continue to be valuable assets to IAATI.

Congratulations to both on this award! 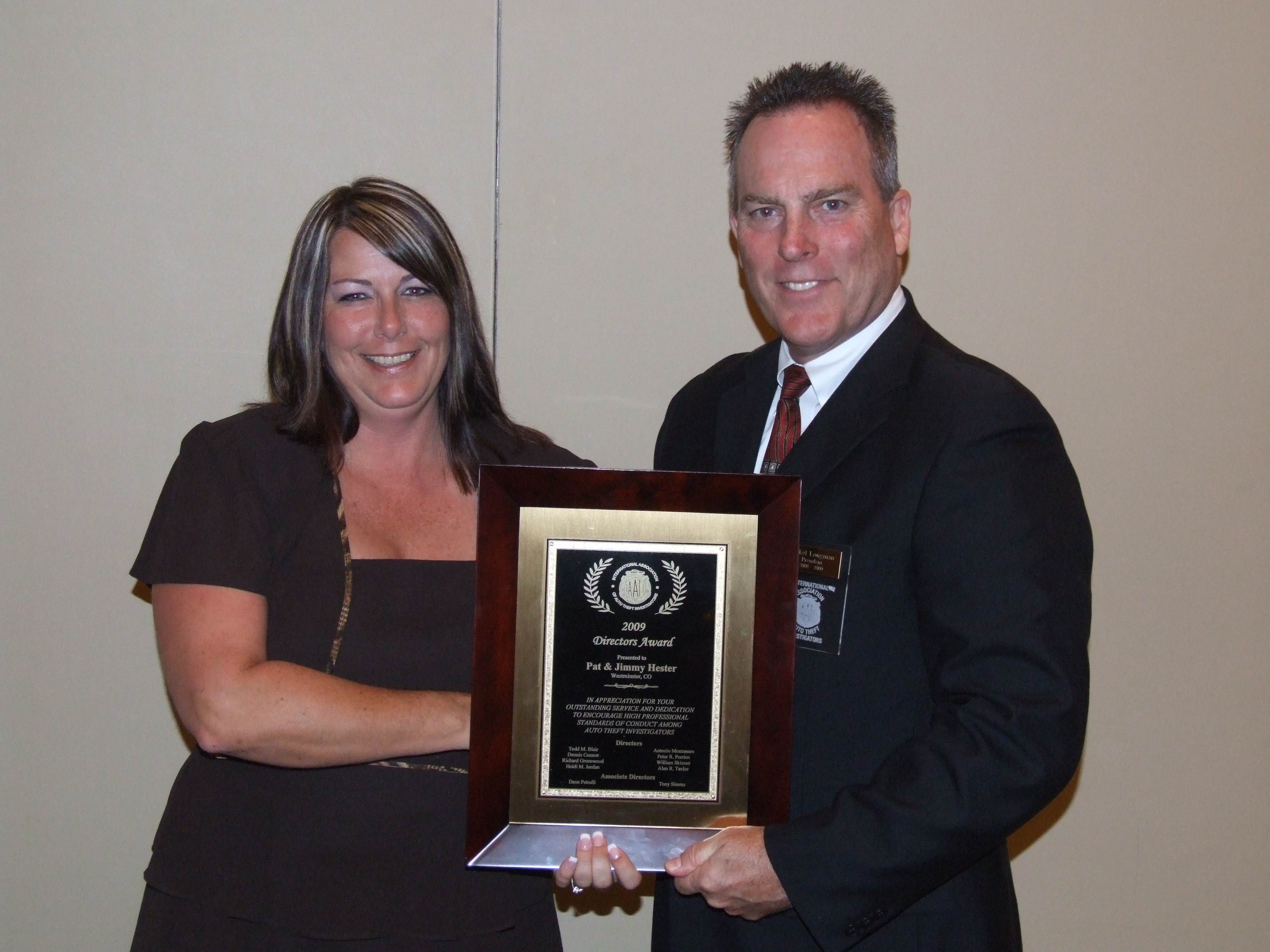 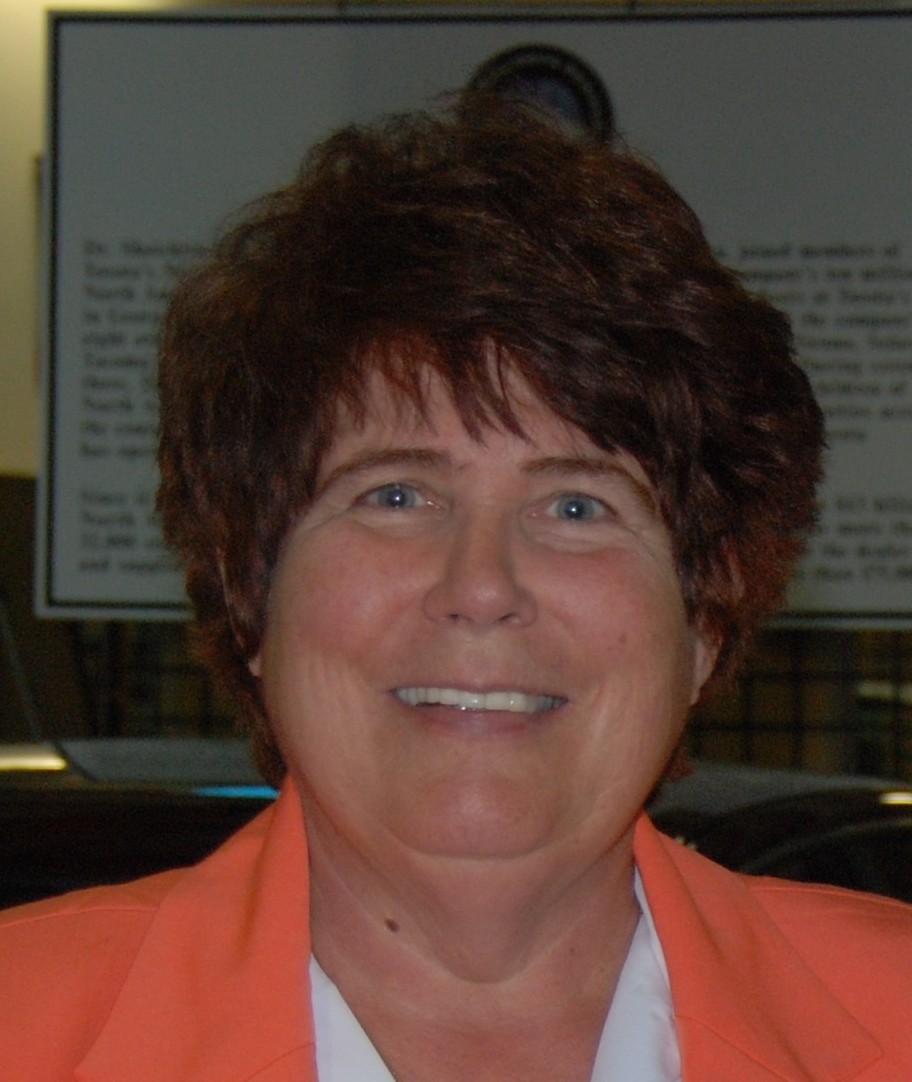 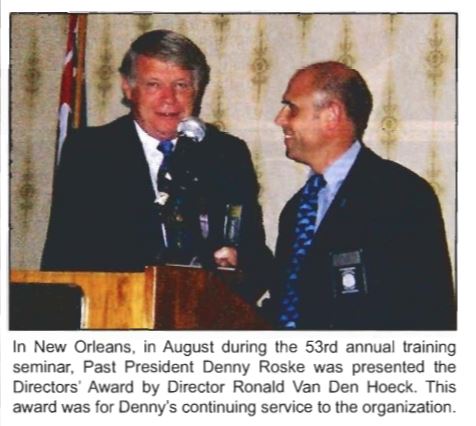 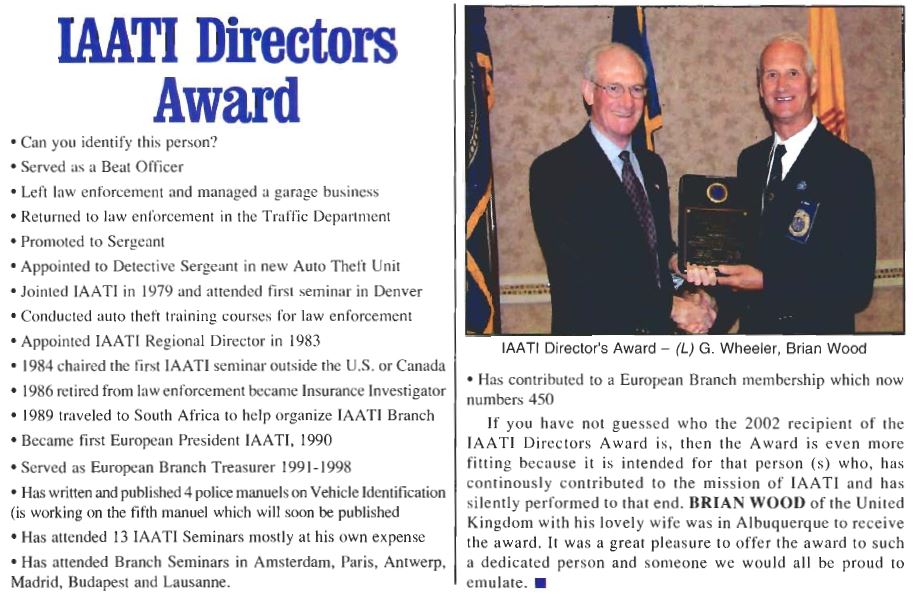 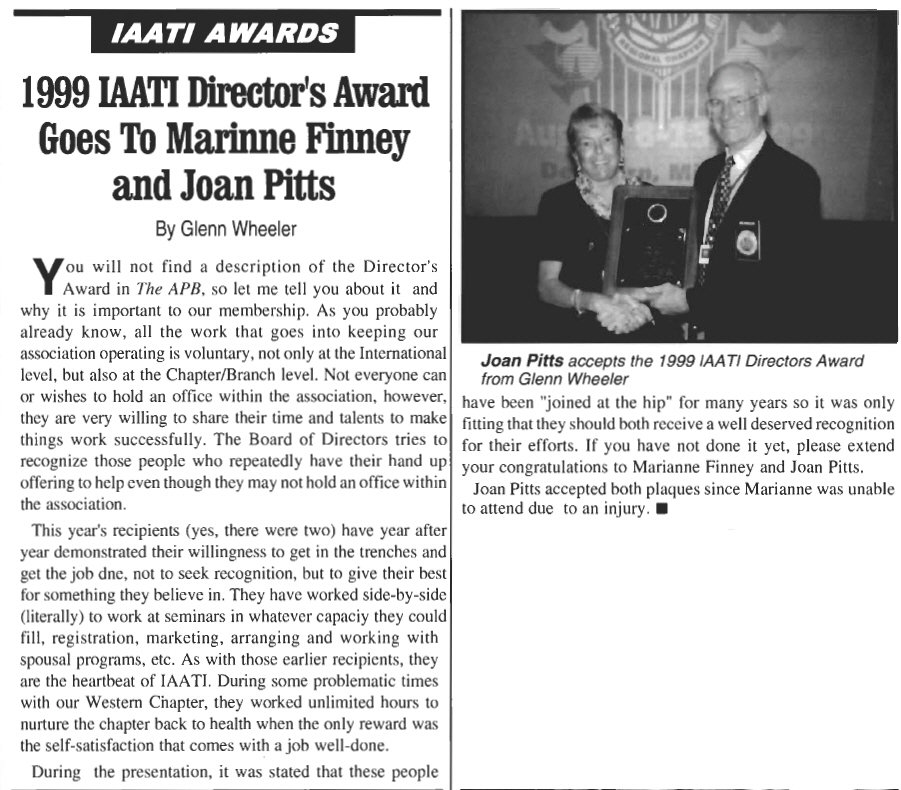 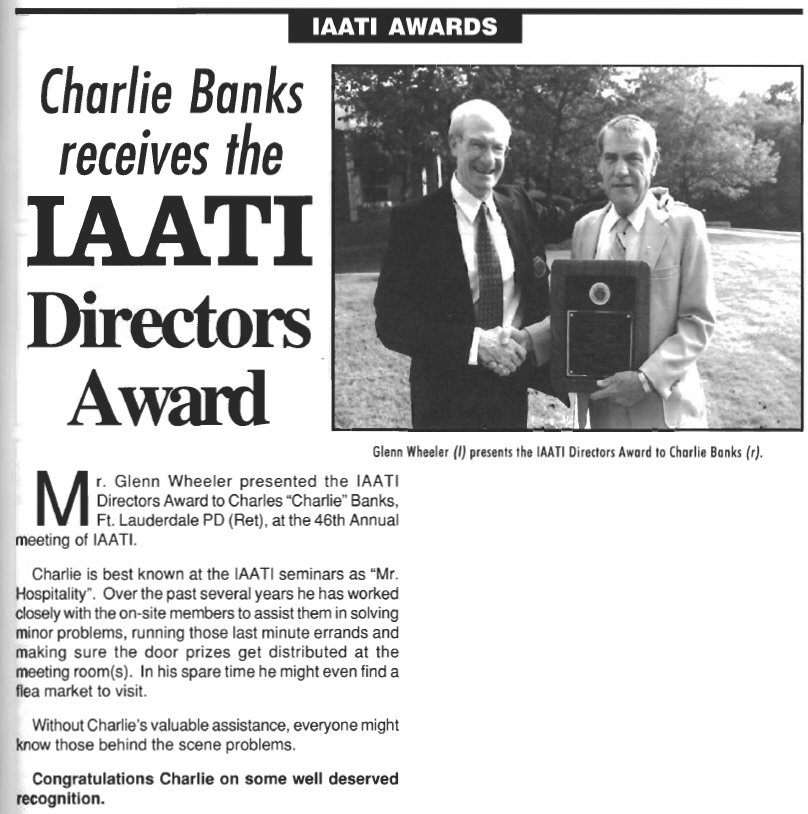