This award was created in 1988 as a joint venture between the 3M Company and IAATI. The award intention was to honor any person or unit possessing the qualifications of an active member of IAATI who had in some way distinguished his or herself in a vehicle theft investigation where a component label played a significant part in the success of their investigation. Subsequent to the 2003 award announcement, continuation of the award was discontinued due to the Federal government’s lack of enforcement of their own standards for component parts marking and reprioritization of 3M’s resources. 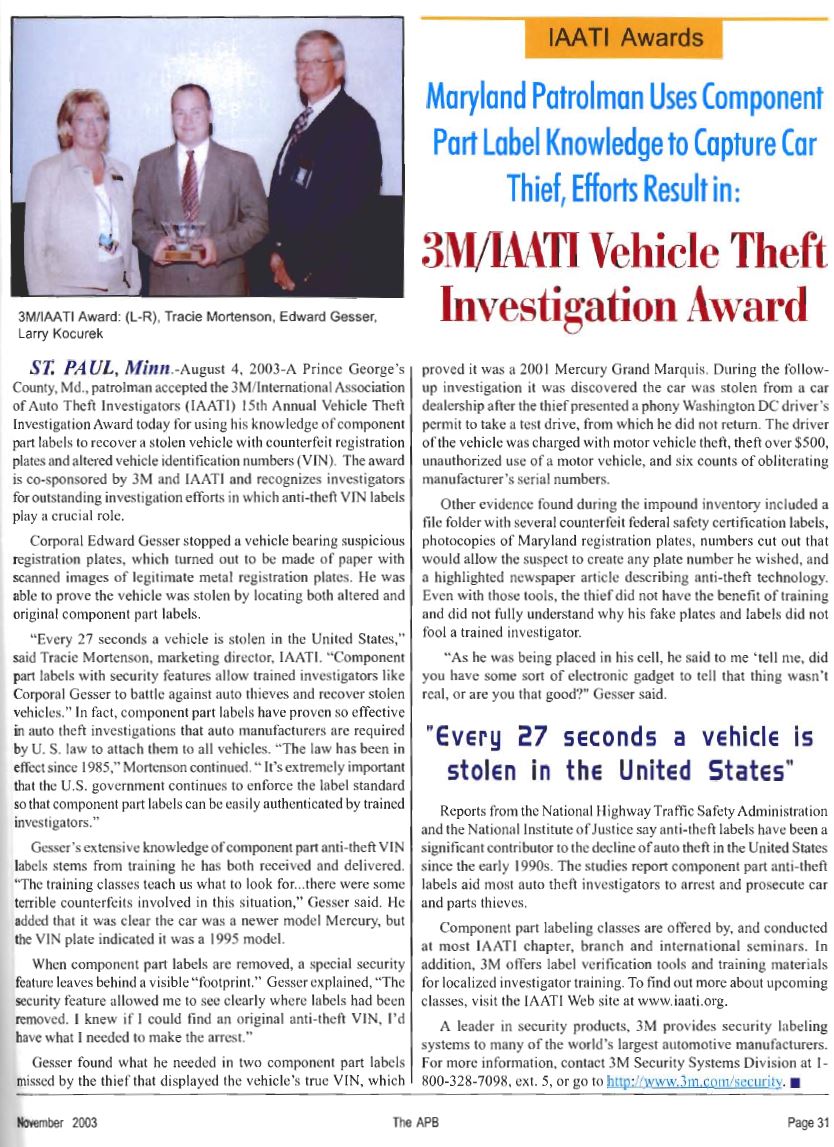 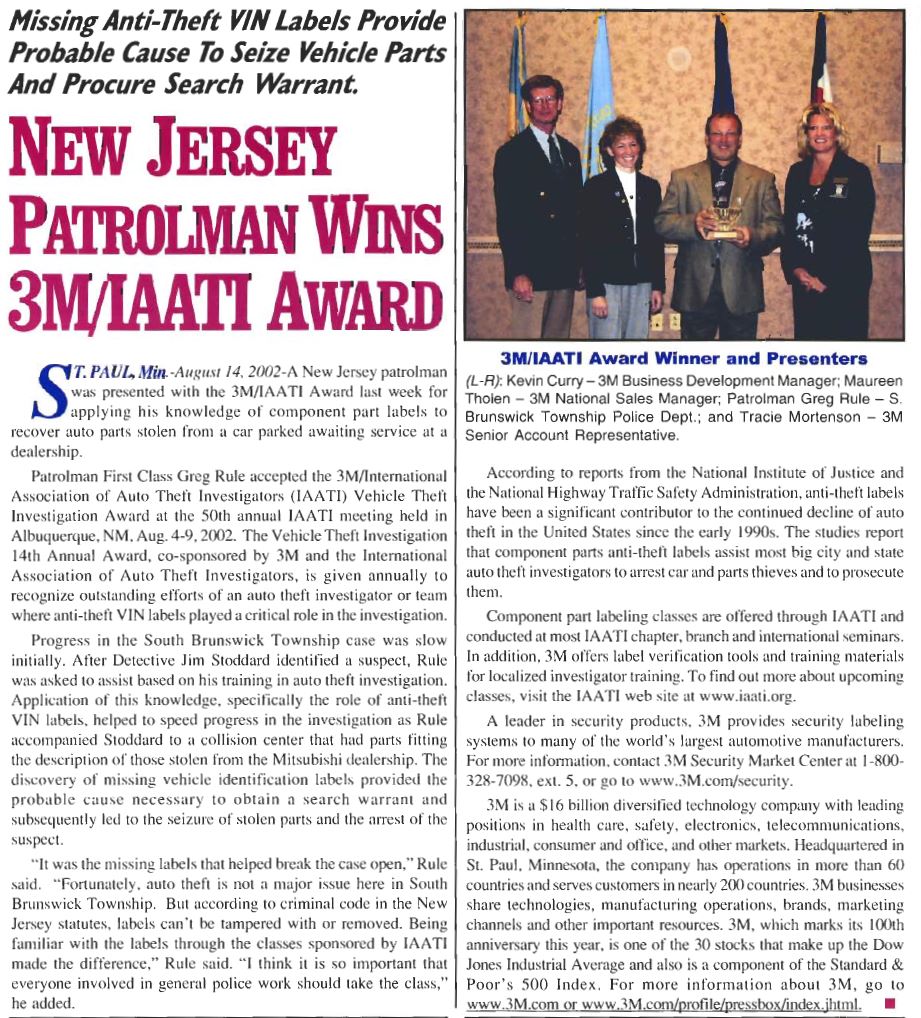 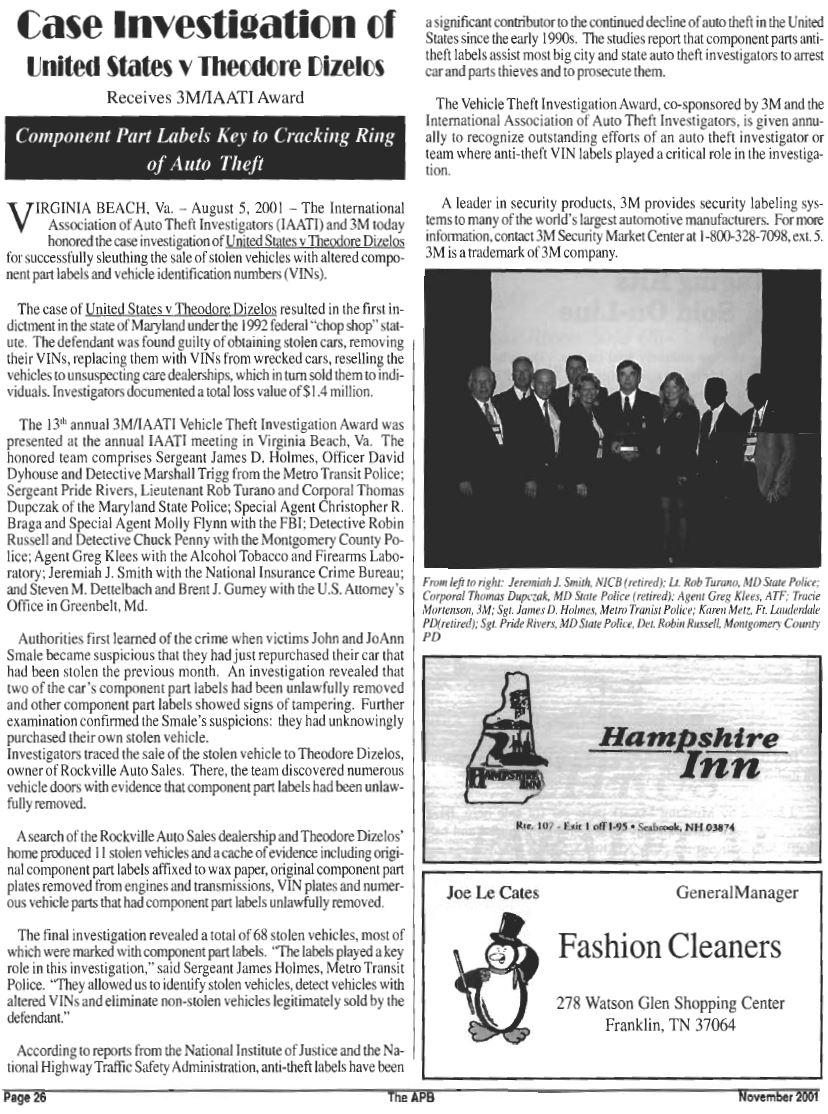 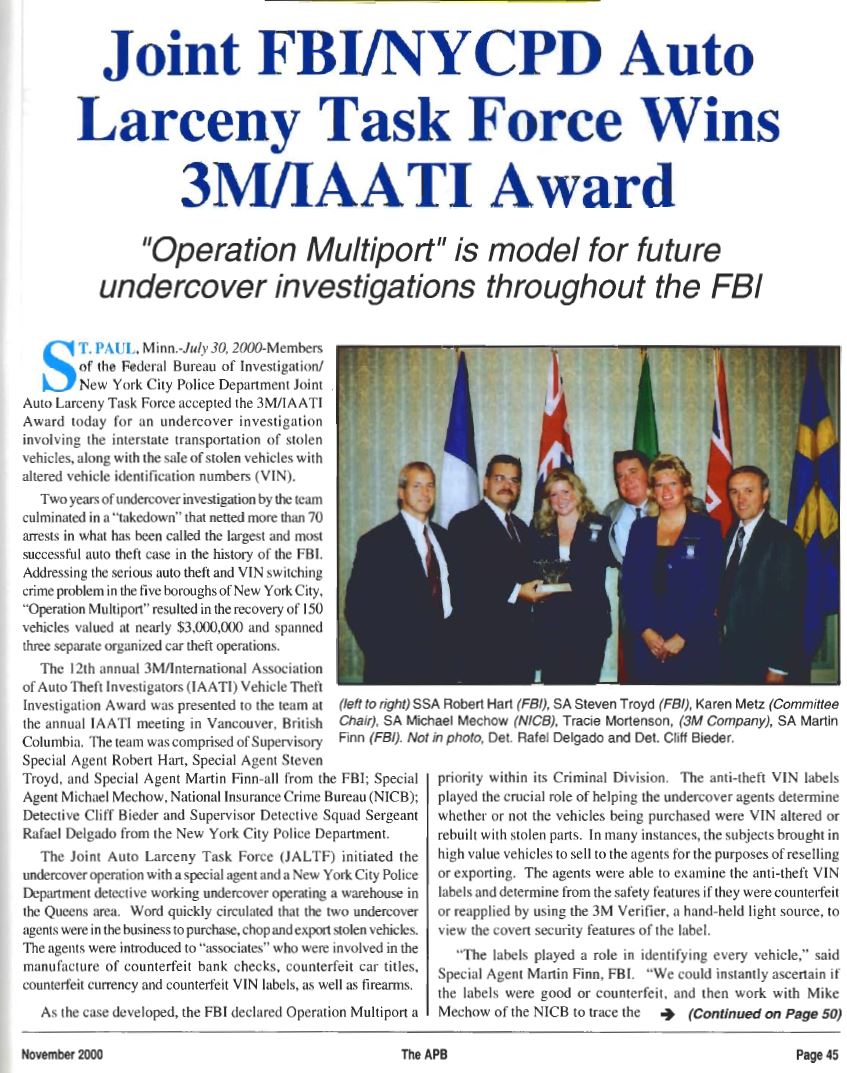 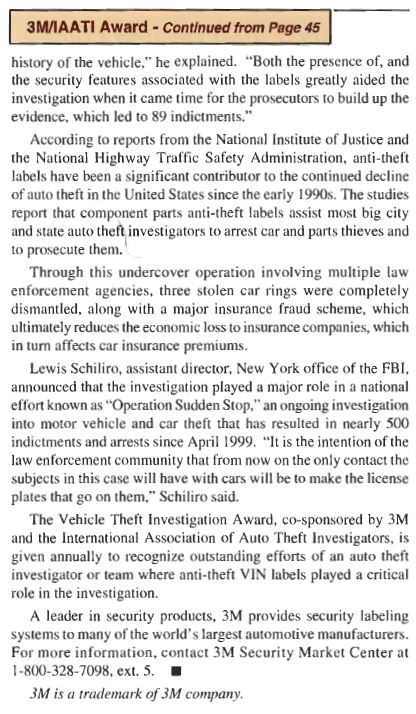 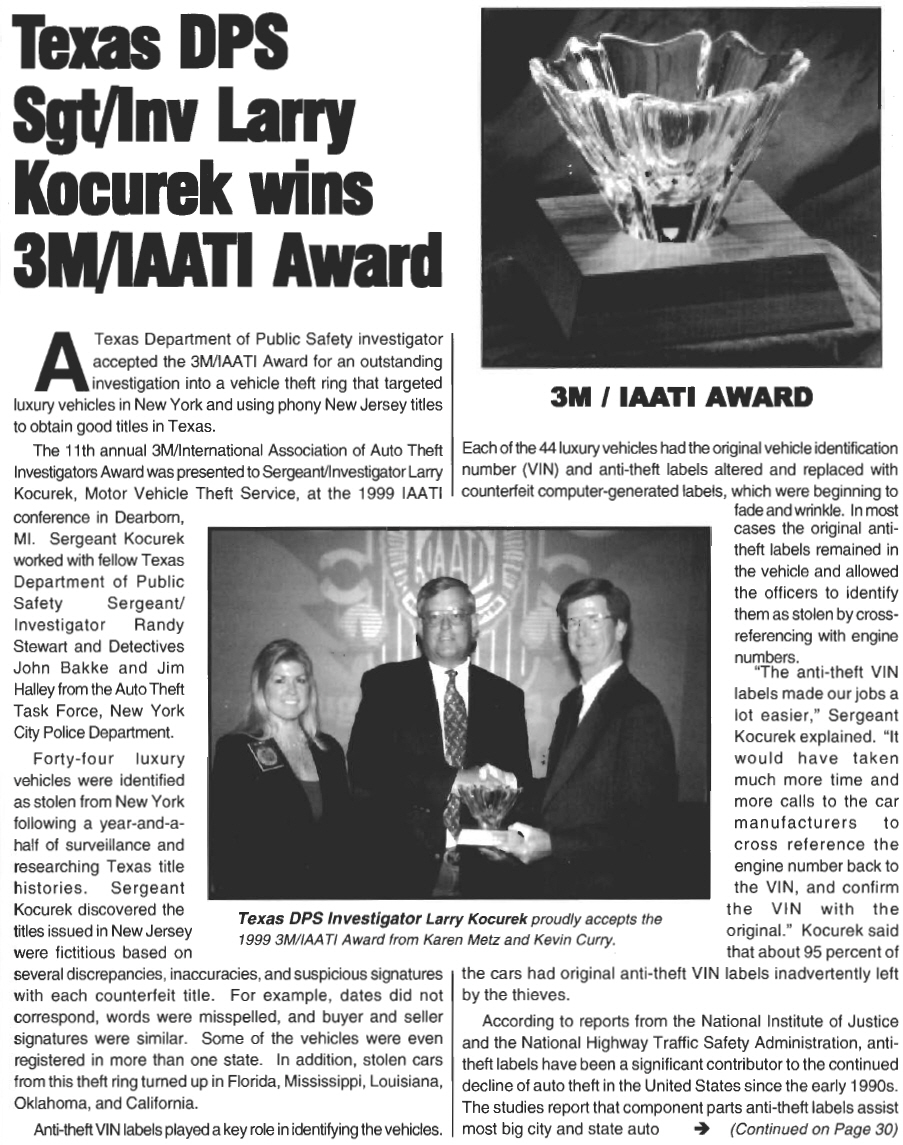 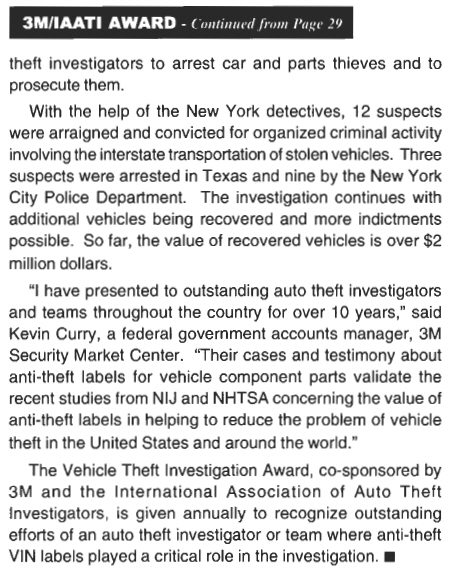 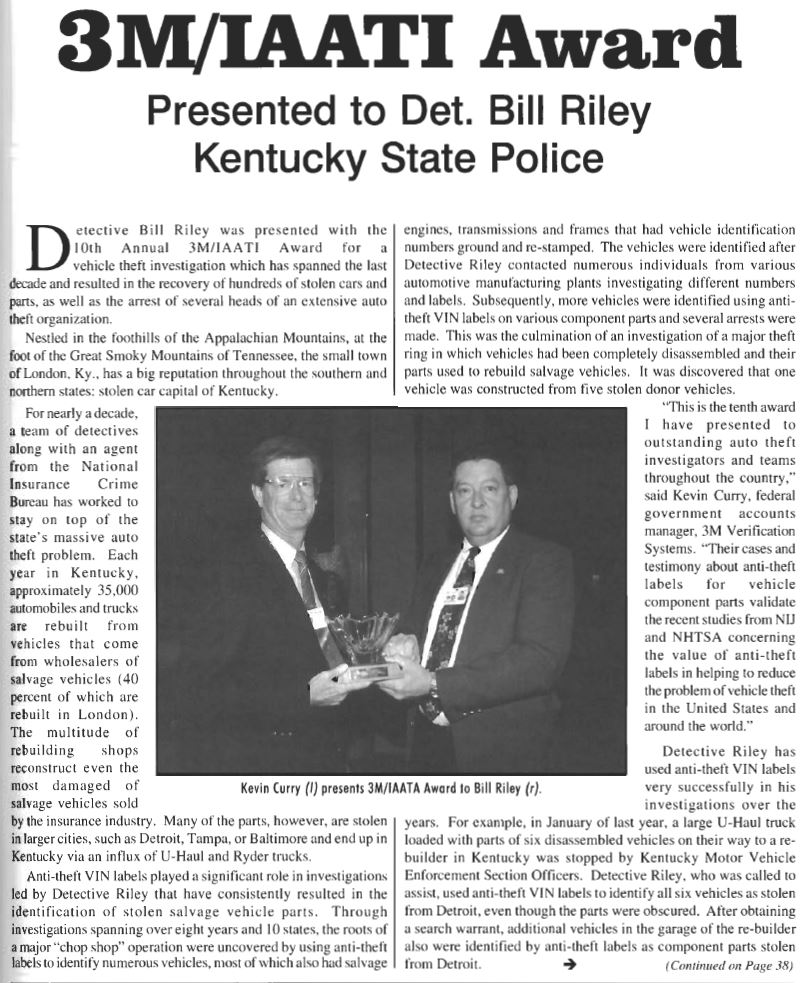 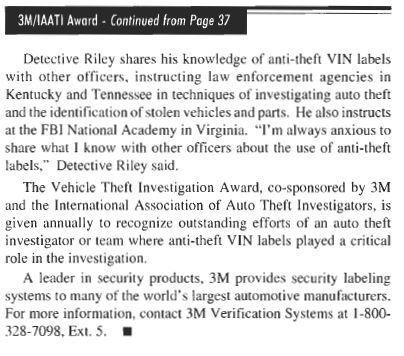 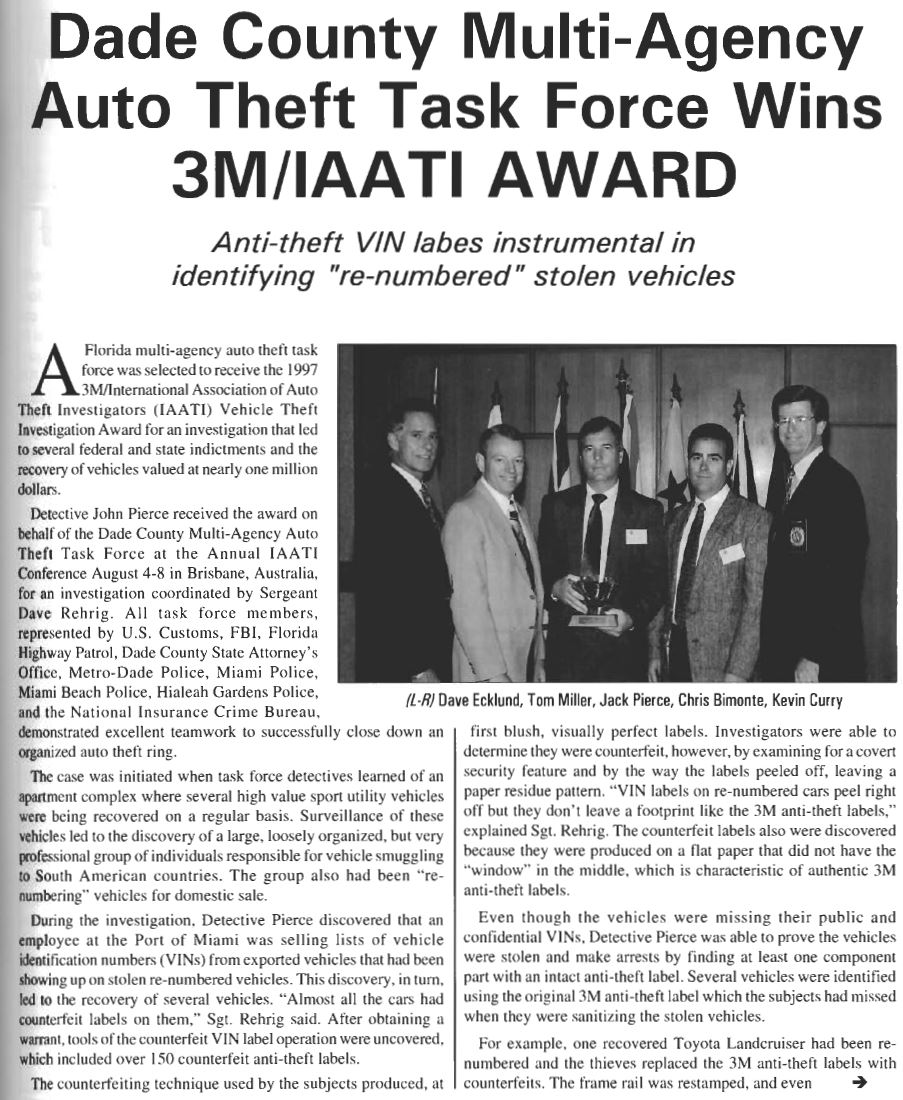 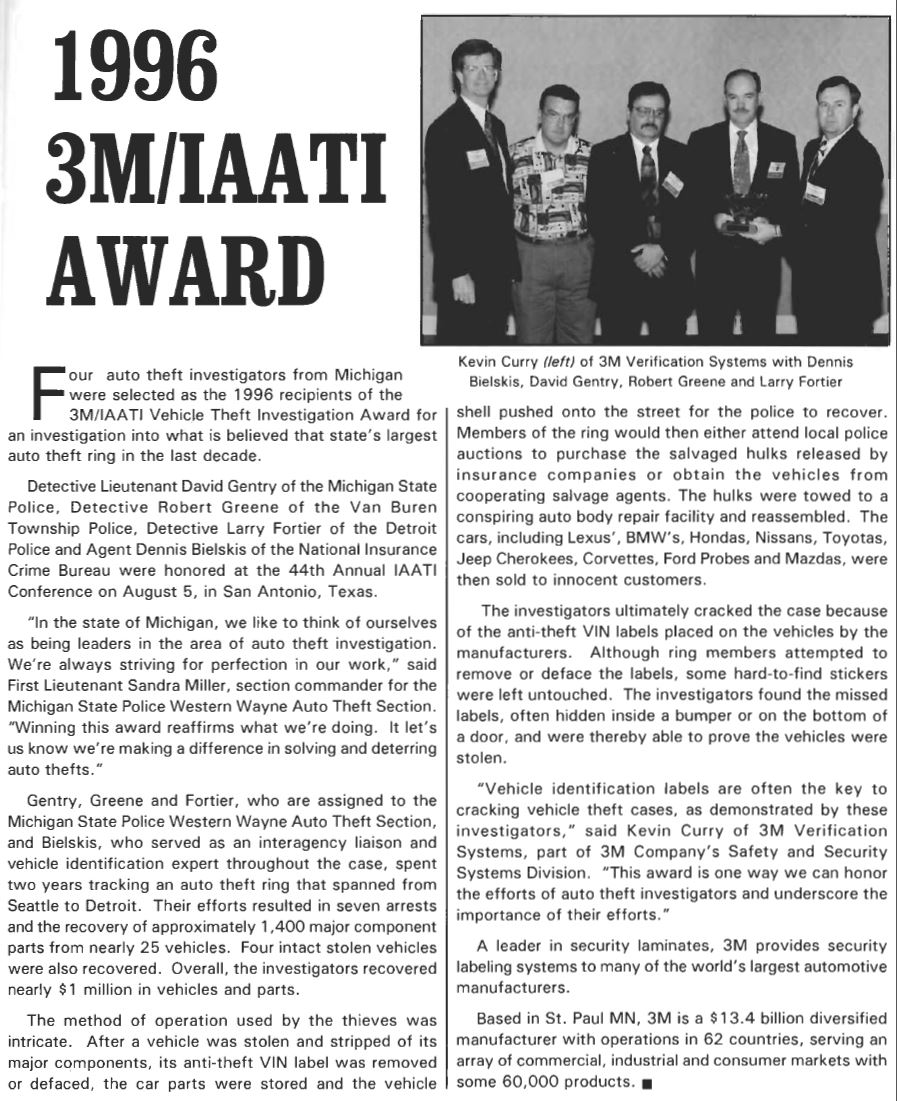 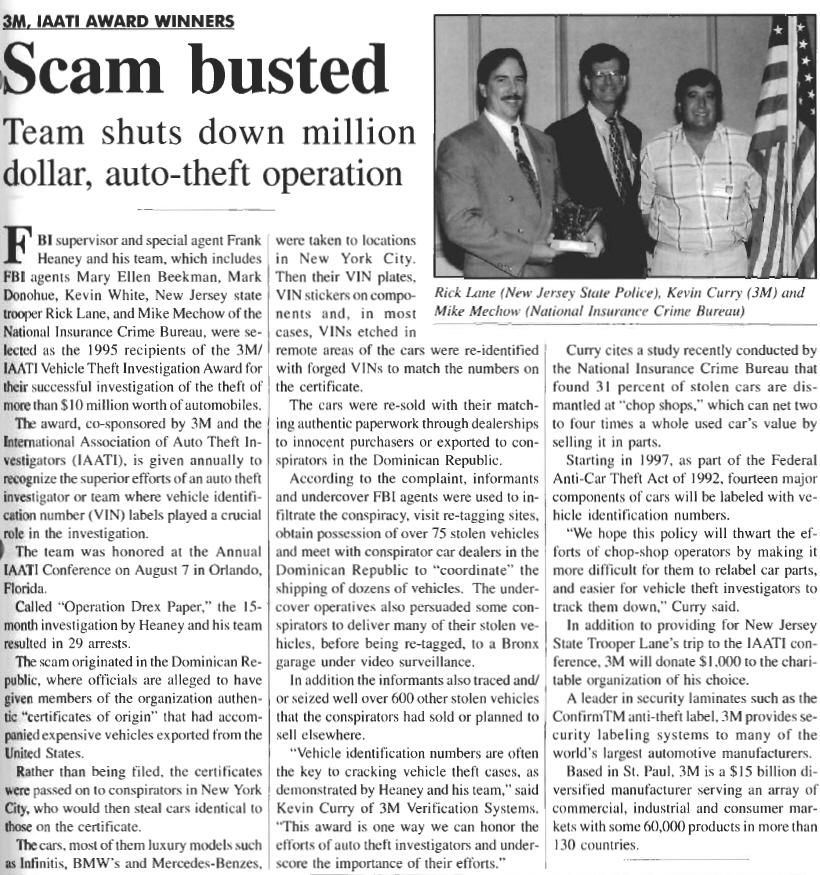 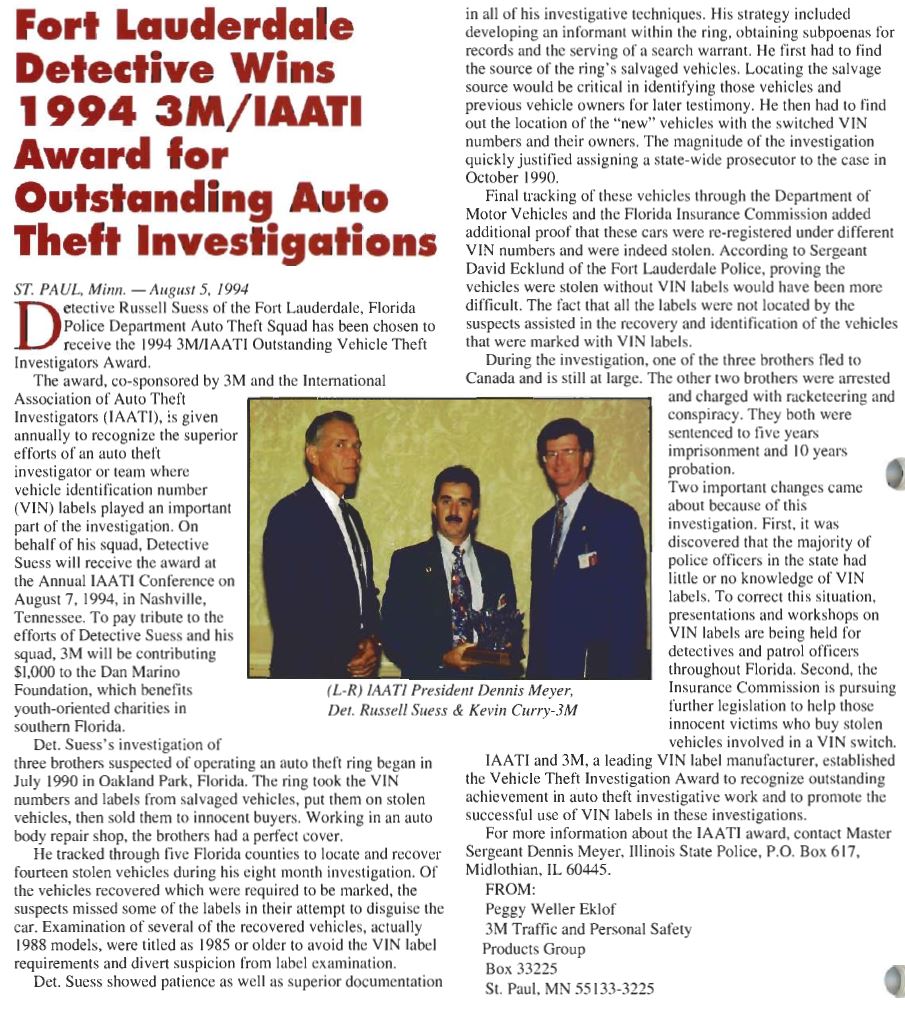 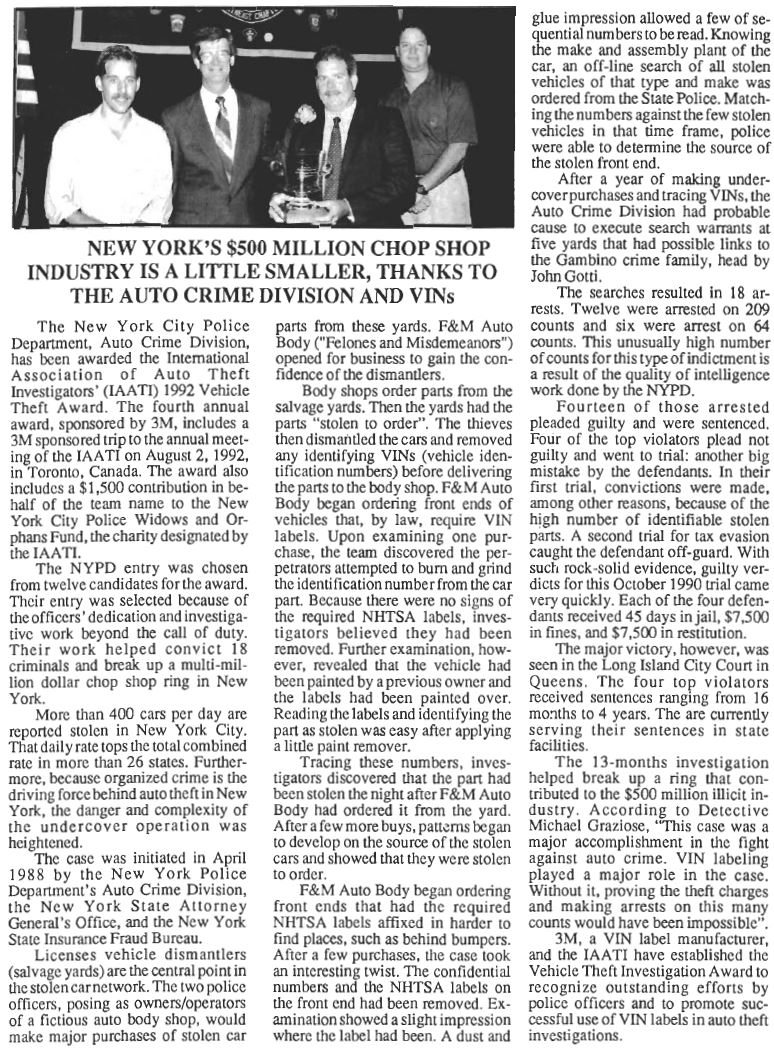 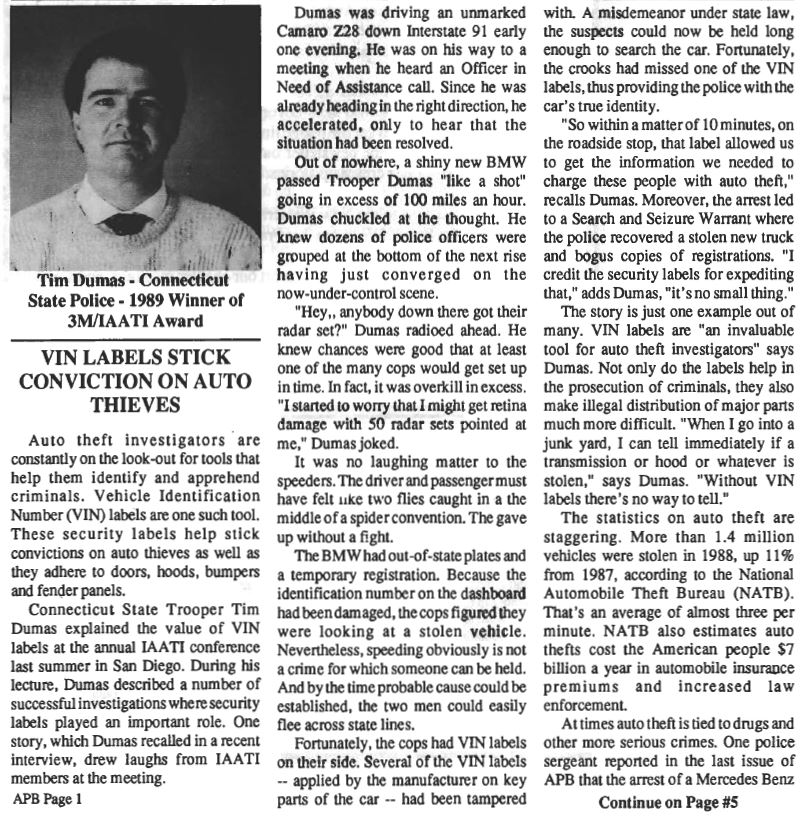 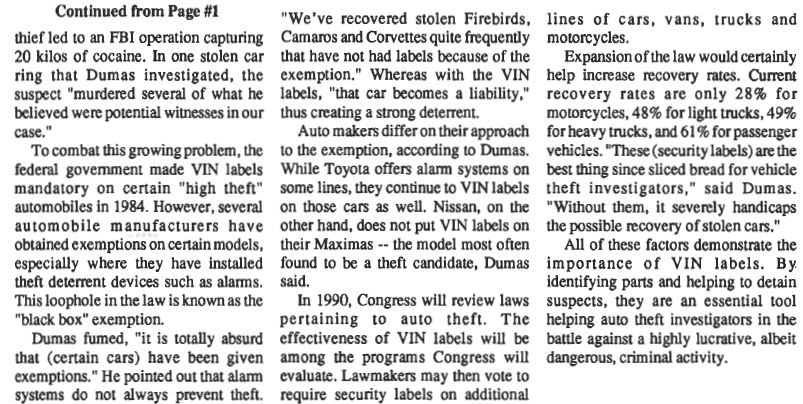